Boston is the capital of Massachusetts, and is one of the oldest cities in the United States. Besides its age, Boston is considered the largest and most beautiful city in this state. Boston is also the anchor of a larger metropolitan area called Greater Boston. This is an historical city, and historical events bursts from nearly every street corner in this city. It is the crucial point for business, culture, dining and nightlife. From museums to shopping and dining, Boston offers a variety of touristic destination for different tastes. Also, besides all the touristic destinations, Boston is known as an international center of higher education and a center for medicine. Traveling through this town, you will be able to see a lot of picturesque places, museums, national parks, architectural buildings, monuments and busts. Even if it is a very old city, this place has really magnificent modern buildings and sky towers. One of the most popular ways to explore Boston is on a Boston Duck Tour. Every spring, these amphibious vehicles take to the streets and waterways of downtown and have proven to be an extremely popular and unique way to visit many of this city’s historical sites. The vehicles provide visitors with the opportunity to see the city by both land and sea.

The most important touristic attraction in Boston is Freedom Trail. The Freedom Trail is a 4 km long path through downtown Boston that passes 16 nationally significant historic sites. This Trail was opened in 1958 and is a unique collection of museums, churches, meeting houses, burying grounds, parks, a ship, and historic markers that tell the story of the American Revolution. There is no other place in the United States where you can take in the rich history of America’s Revolution. Making a little trip along this Trail you can see Boston Common. Boston Common is the start of Freedom Trail, and together with Public Garden form Boston's central park, right in the heart of the city. Here you can see a lot of different kind of monuments and busts, and also is a stop for those who want to relax or spend some time strolling through the colorful flowers. Next you can see The Massachusetts State House, which was built between 1795 and 1797. This is a very beautiful building with red brick façade. Near this is Park Street Church known for its involvement in political, social and civilized issues. Right next to Park Street Church is the Old Granary Burial Ground. Here were buried the most famous revolutionaries from Boston.
Following the red line of the Freedom Trail we can see King's Chapel and Burying Ground - the oldest burial ground in the city, Old Corner Bookstore Building, Old South Meeting House, Old State House, Faneuil Hall, Old North Church, Charlestown's Navy Yard, Bunker Hill Monument.

Another attraction in Boston is Museum of Science, which was founded in 1830. This museum has over 500 interactive exhibits. The Museum also features a number of live presentations throughout the building every day, along with shows at the Charles Hayden Planetarium and the Mugar Omni IMAX Theater. The museum is home to over 100 animals. There are some other important museum s like Museum of Fine Arts, Isabella Stewart Gardner Museum and Boston Children's Museum.
In Boston there is a place called Mapparium, and is the most appreciate place in the city. Since 1935, more than 10 million people have traversed the thirty-foot glass bridge that spans the Mapparium, taking visitors to a unique spot: the middle of the world. The Mary Baker Eddy Library is showing a new exhibit, The Mapparium: An Inside View, that features never before made public letters, documents, and artifacts showcasing the construction, history, and significance of this magnificent architectural and artistic achievement.

A really beautiful and picturesque place in Boston is Charles River Reservation. It is a linear park stretching from Boston Harbor up the Charles River. The lower half of the reservation, from downtown Boston to the Watertown Dam, is the Charles River Basin. The Reservation is a perfect place to spend the spare time, whether your interest is walking or birdwatching, canoeing or in-line skating.
Lately, Boston has been noted as an religious center. Here you can visit Roman Catholic Archdiocese of Boston, Roman Catholic Archdiocese of Boston, Cathedral Church of St. Paul. The city also has a number of ornate theatres, including the Cutler Majestic Theatre, Boston Opera House, Citi Performing Arts Center, the Colonial Theater, and the Orpheum Theatre. All these buildings are built in a classical style, and attract the visitors by their age.

For people who like underwater world, there is a place called New England Aquarium that really takes your breath away. Here you can find marine-themed exhibits, programs, and demonstrations that take place throughout the day in this spectacular, above-ground aquatic world. Seals, penguins, sharks, and other creatures reside at the aquarium, and a massive, four-story, 187,000-gallon tank features a living coral reef. The West Wing's unique glass and steel exterior mimics fish scales, and special exhibits change monthly.
For people who like animals, in Boston there is a perfect place called Franklin Park Zoo founded in 1913. This is the 72-acre site nestled in Boston’s historic Franklin Park, long considered the “crown jewel” of Frederick Law Olmsted’s Emerald Necklace Park System. The collection of Franklin Park Zoo includes the African lions of the Kalahari Kingdom, Masai giraffe and Grevy’s zebra of the Giraffe Savannah, and western lowland gorillas of the Tropical Forest.

If you want to take a look of the entire Boston, then you should visit The Skywalk Observatory, the only sky-high vantage point. Here, you have the opportunity to experience the exclusive state-of-the-art Antenna Audio Tour detailing the city's many points of historic and cultural interest. This tower opens a picturesque view that for shore will take your breath away.

People who like to spend all the day shopping, can access a  place called Prudential Center Skywalk. The Prudential Center includes a large area, and was developed as a complex of commercial office space, residences and retail shopping and dining venues. Located on a 23-acre site between Boylston Street and Huntington Avenue in the heart of Back Bay, it is adjacent to the Hynes Convention Center, major hotels, shopping and residential areas.

Write your Review on Boston and become the best user of Bestourism.com 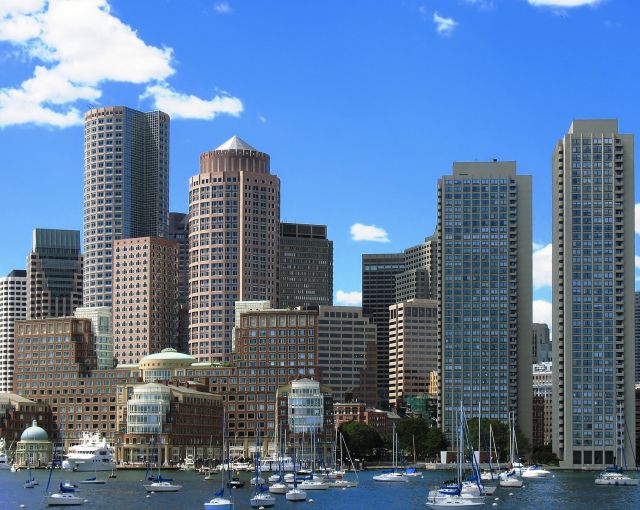 Boston - A view of downtown Boston 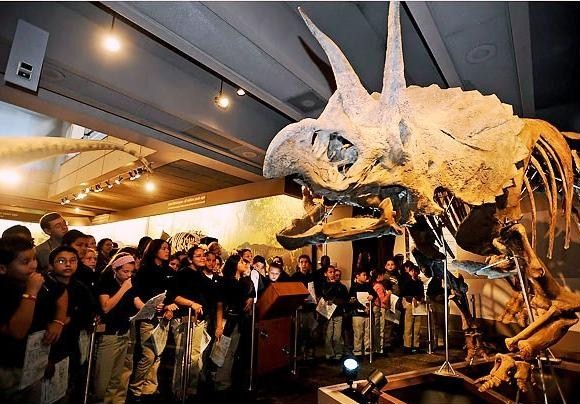 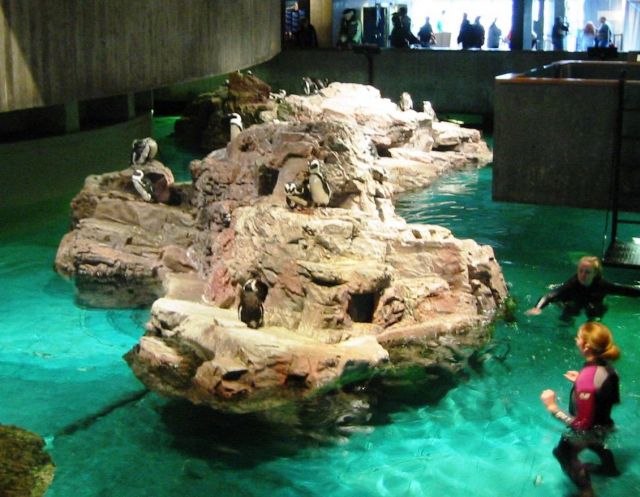 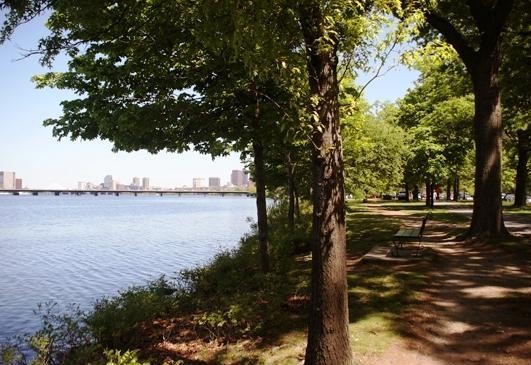 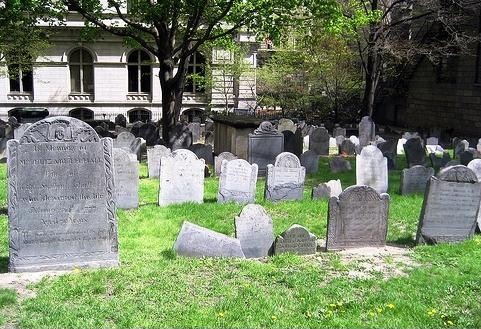 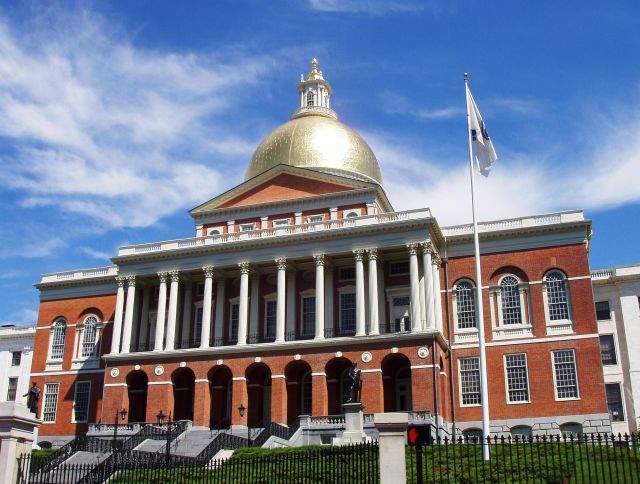 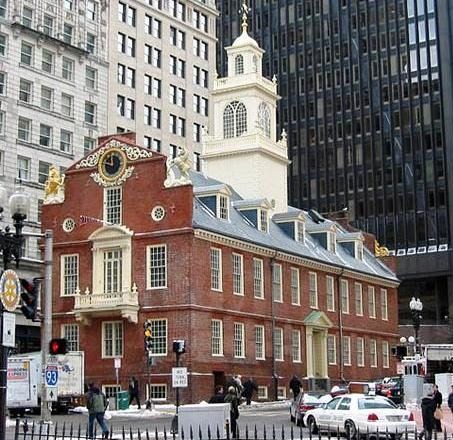 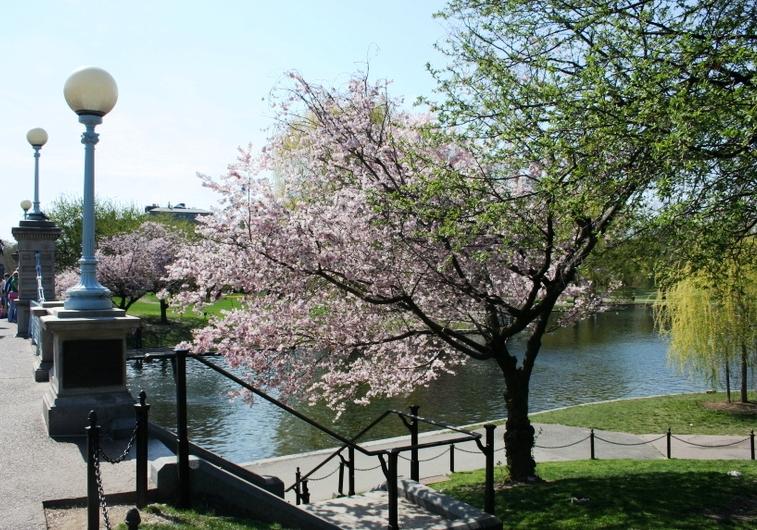 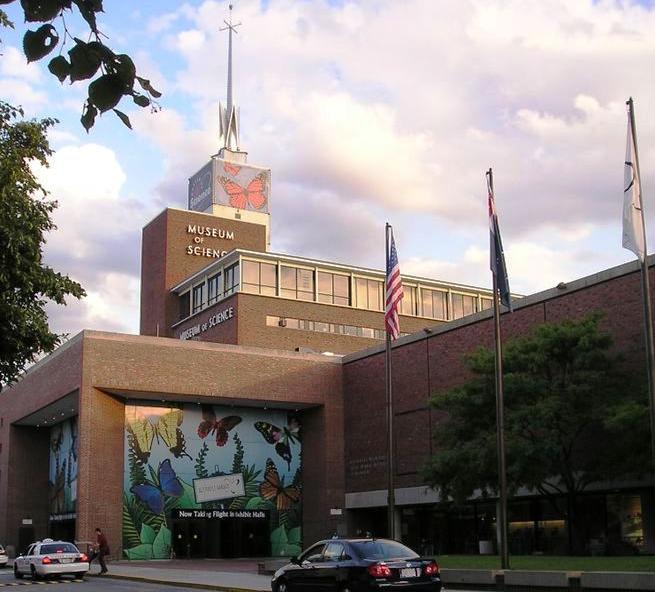