Destinations / The most attractive places to visit in Frankfurt, Germany / Alte Oper

Alte Oper was construction to be as the Frankfurt’s Opera House, but during the time it has transformed into a gorgeous concerts halls in Germany. On October 20th, 1880, the Opera House was officially open to the public, after 7 years of construction. This amazing Opera House was dedicated to the citizens of Frankfurt and was designed by the architect Richard Lucae. The construction of the building was financially sustained by the residents of the city of Frankfurt, that didn’t look with enthusiasm the idea of the construction, from the beginning. The design of the Opera was inspired from the well known Semper Opera House in Dresden, and appears in a Renaissance style. The building was featuring a 34 meters high auditorium with imposant staircase, that made it to be called the “Imperial Staircase”. The auditorium has a very large area, that can gather more than 2000 people, and became one of the most famous Houses of Opera in Germany.
In 1944 during the World War II the building was burned out because of the bombardments. It was almost totally destroyed and the residents of the city decided that they want their Opera House again alive. So a lot of donations followed the idea of the reconstruction, and enough money were collected to assure the safety of the building. In 1952 some strong measures were taken  that will warn the demolation, and took over 24 years to complete the building again. The appearance of that splendid and alive building was approved by the City Council too. In December 1978 through a gorgeous ceremony was marked the completion of the exterior of the building, and then during the next free years followed the restauration of the frescoes, decorations, reliefs and mosaics, that were designed into the interior of the Opera House. The final step in the renovation of the Opera House was made in August 1981 when thousands of citizens attended to a very special event when the Pegasus statue was descended on the roof, three days later the Opera was officialy inaugurated. The exterior façade appeared keeping the original and initial style but the interior has a very modern design. Nowadays the Opera House includes huge concerts halls, also small halls that are meant to be for the convetions that are organized there.
Alter Oper is a stunning building and now is the home for ballet, for opera, theatre, concerts that gather and delight visitor’s eyes with its spectacular beauty. The building is more spectacular during the night, when the growing lights shine over the skyline, creating a dramatic and amazing view. The Alter Oper is surrounded by a magnificent restaurant,  a popular outdoor café, that overlook the Plaza with a very wonderful fountain, that makes this area a very pleasant one. The Alter Oper is also a cultural institution and a great concert hall where the people meet each other and spent a very lovely time.
Sponsored Links

Write your Review on Alte Oper and become the best user of Bestourism.com 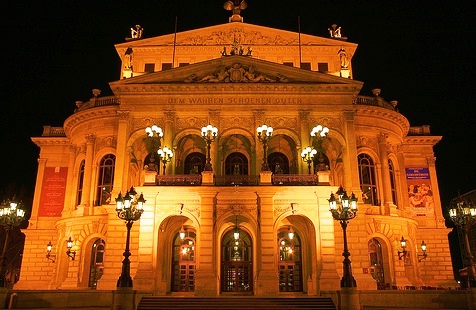 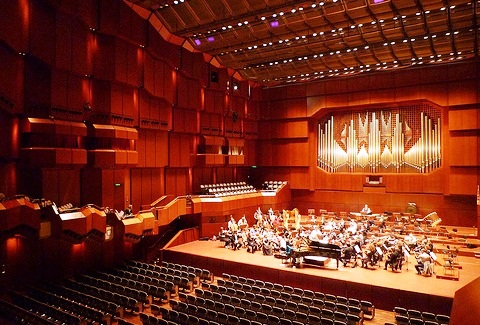 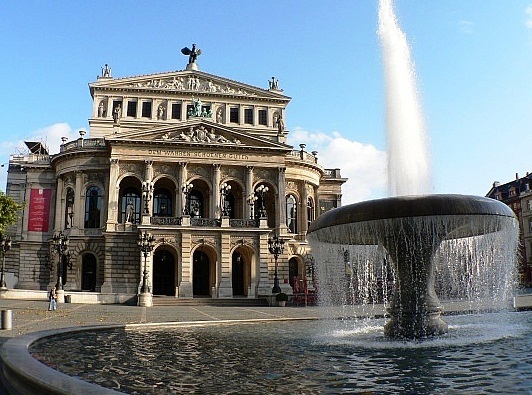 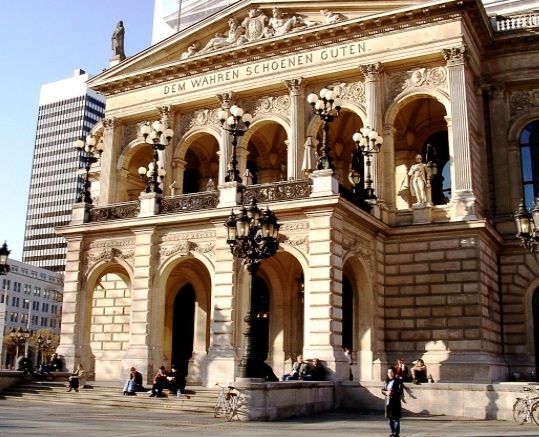