World Tourism / The most impressive palaces in Crimea / The Kichkine Palace


The Kichkine Palace was built in the years 1908-1911, in Gaspra, near the cliffs of Aurora, on which two years later was built the Swallows Nest Palace.  From the language of the Crimean Tatars, „kichkine” is translated as „baby”, named becouse of its small size in Crimean Tatar architecture style.  The Palace’s architecture is spectacular, very different from other styles. The Palace’s construction was really disputed, becouse of its creative design and colorful construction.

The palace represents an original element of the special tatar’s architecture. The famous Crimean architect, Tarasov N.P. designed the unusual construction for the Grand Prince Dmitry Konstantinovich Romanov, the grandson of Nicholas I. Now, The Kichkine Palace is one of the main resorts in Crimea and is recognised as one of the most interesting construction with pseudo-Moorish design in Crimea. The Palace ensembles a parkland, which was created by professionals from the Nikitsky Botanical Garden. Here you can enjoy a clean and accurate air and wonderful landscapes to the sea and green park.
The Palace’s  territory is divided in two areas: the south-west area covers the park with various treess, tropical plants and the north-east area, which represents the palace with a front yard. The palace, is surrounded by a fabulous park, and to the sea coast by a staircase, which leads to wonderful alleys and open galleries. The locals and the tourists affirm that if you could observe the Palace building from the sea, on the coast there isn’t anything more spectacular and impressive then the original Kichkine Palace, a solemn fairy place on eastern coat of Crimea.
Sponsored Links

Write your Review on The Kichkine Palace and become the best user of Bestourism.com

Maps of The Kichkine Palace 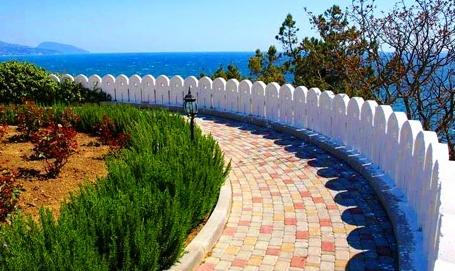 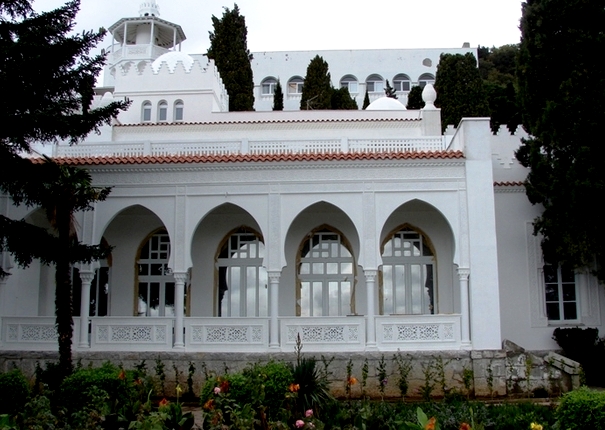 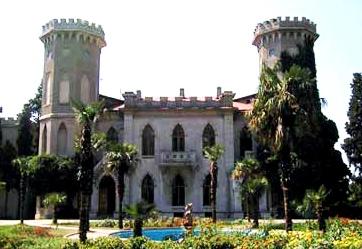 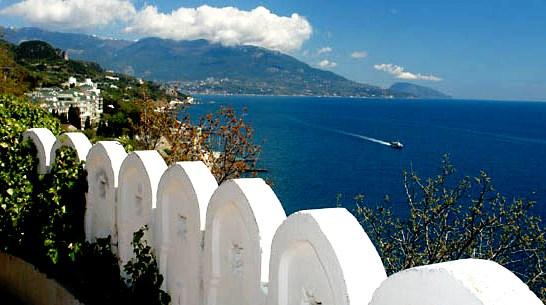 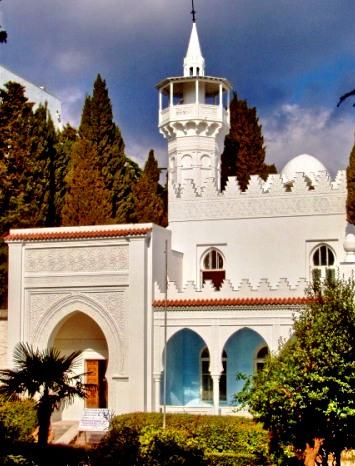 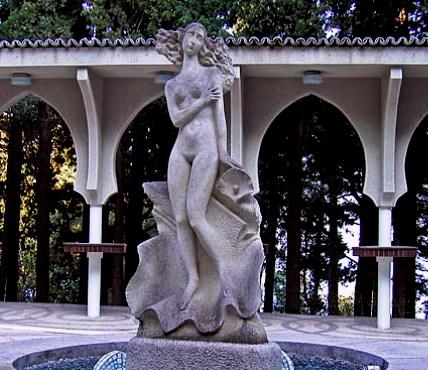