World Tourism / The most amazing places in Crimea / The Demerdzhi Mount, Ghost Valley


The most beautiful mountain in Crimea is The Demerdzhi Mountain, also known as the Ghost Valley. Nature has created this fantastic shapes in stone to charm every guest and visitor with its spectacular forms and shapes created during time. The rocks in shapes of pyramids, obelisks, animals, birds, mythical figures perfectly form the mysterious Ghost Valley. How many hours is a day, as many times the mount is changing its color.

Located on the north side of Alushta valley, The Mountain  Demerdzhi is one of the most beautiful mountains of the Southern coast. In ancient times it was called Funa, which in Greek means "smoky", because of frequent fogs. On the Demerdzhi’s slopes are unique natural monuments of national importance.
The Mount’s Ghost Valley is a result of a chaos rocks,  which resulted from two severe falls, the first in April 1894, and the second in August 1966. Huge rocks collapsed from 200-meter height. The formated shapes look like giant towers, mushrooms and pillars, as well as fantastic forms. The shape, "The head of Catherine," is 20 meters high and is exactly visible from the highway Simferopol – Alushta. "Helmet Russian soldier", "Phoenix" and even more hundreds of stone "ghosts" were formed in 1.1 billion years.
The wonderful landscapes of Demerdzhi Mount attract numerous  tourists and visitors, as well as film-makers. Here were filmed episodes of the comedy "Prisoner of the Caucasus." The Mount Demerdzhi is a  natural monument of national significance, one of the most beautiful and unusual mountains in Crimea.
Sponsored Links

Write your Review on The Demerdzhi Mount, Ghost Valley and become the best user of Bestourism.com 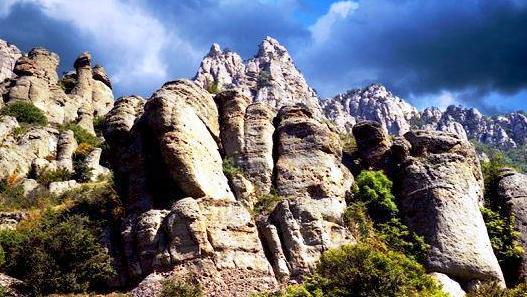 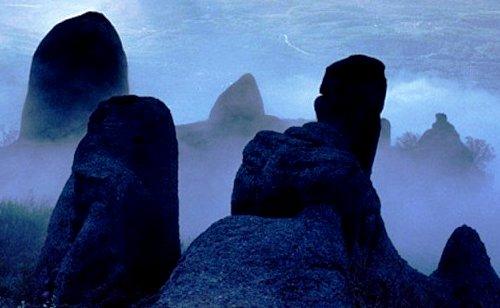 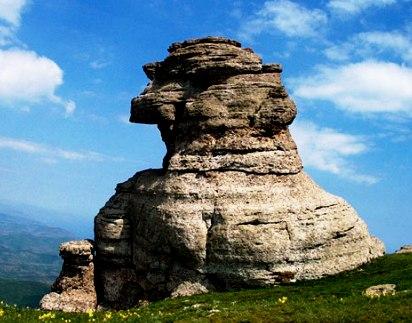 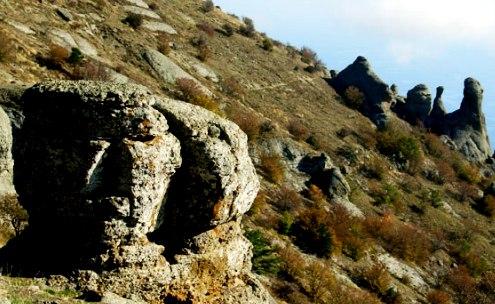 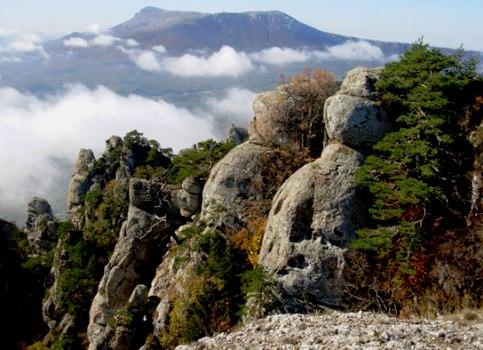 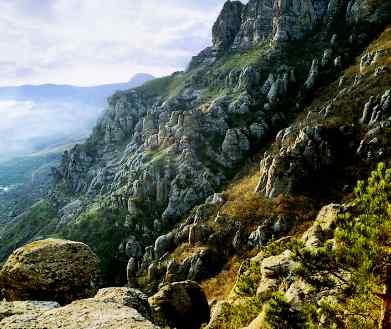 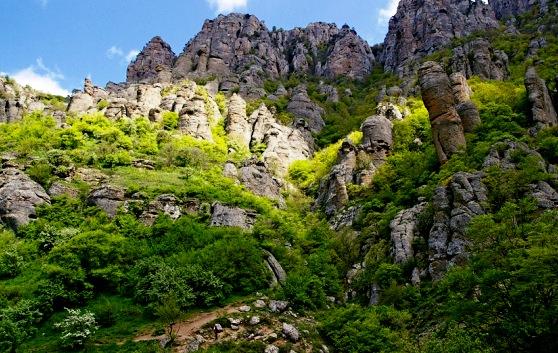