Destinations / The best cities to visit in Brazil / Recife


Recife is the fourth largest city in Brazil and is the capital of the state Pernambuco. Recife has the oldest settlements in Brazil  that date from 1535. It was build along white beaches lined by palm trees. It has been called the “Venice of Brazil” because has a lot of waterways connected by bridges and canals. Recife took the name from the reefs  that line its coast. Recife is a very important exporter of sugar, cotton and coffee.

Initially Recife was a small port village, and Olinda was the capital of Pernambuco. The Duch invaded the capital and have destroyed it and the Duch governor came in Recife and started the process of urbanization,  helped by artists and architects from Holland. After he left the city due to the fact that Recife was a port, brought a lot of  goods and the city became a famous trade center.
Despite to the hard times that passed the city, it started industrialization during the 20th century and now offers a lot of beautiful buildings and restaurants that make the atmosphere very relaxant and the infrasctructure on the highest level. The beaches that surround the city offer the best white sand with warm water all the year. The best beaches are in Boa Viagem that attracts the visitors through its clean areas and the best hotels and nighclubs where they are enchanted by this exceptional view.
You can choose a tour of the city and start with Pernambuco Culture Center, that is amazing for its style where you can find goods made by hand, then  the Republic Square where is the Theatro Santa Isabel, followed by the Palace of the Governor which will relate you about its real beauty. Your trip won’t be complete without a visit to the hills of Olinda, with its Portuguese colonial towns.
Sponsored Links

Write your Review on Recife and become the best user of Bestourism.com 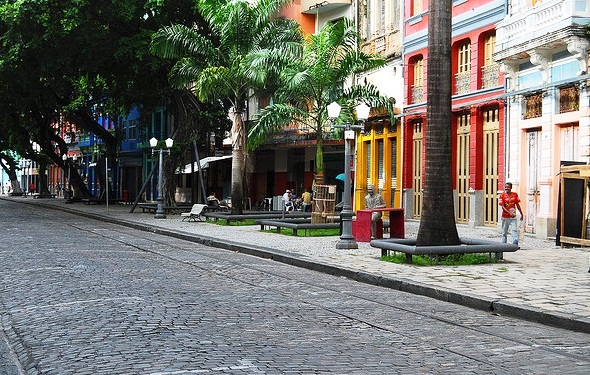 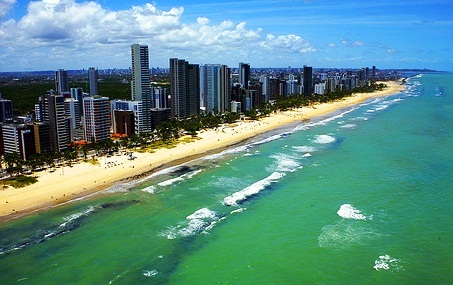