The "Swallow's Nest Castle" stands on the Rock of Aurora. It is known that it was built by a retired general, a participant of the Russian-Turkish war and he was a really romantic person, because only a romantic could have the strength to build a castle as Swallow's Nest, called "Castle of Love”. Swallow's Nest Castle is situated on the Aurora’s coast. It was built in the spirit of chivalrous times. Its house is decorated with towers, steeples, balconies, windows of Gothic forms and battlements.

Standing on the rock of the dawn of Aurora, at a height of 38 m above sea level, it looks particularly impressive from the sea. The Castle Swallow's Nest is Crimea’s  wonderful pride. On the top it is a huge dome, under the blue boundless sea. The legend of this place makes all the visitors really curious. Once lived in these places Tauris, they were replaced by Greek colonists, and then came the Roman legionnaires, who founded here a beautiful view of the Crimean coast of the kingdom of the sun, water and stone, entailing unique charm seascape. Originally there was a small wooden house, later rebuilt in stone and was named the Swallow's Nest.
In 1901 it was distructed and then rebuilt in a variant of the German knight's castle in the Gothic style. During the Civil War, Swallow's Nest was ruined. However, it soon was renewed as a restaurant, until the earthquake in 1927.  Restoration of the castle began only in 1968. Today the restored castle is officially recognized as an architectural monument of the past century, although it is believed that architecturally Swallow's Nest is not a masterpiece, which deserves all the admiration.
The Swallow's Nest Castle can certainly be called one of the impressive symbols of Crimea. The Castle impresses with its small size, but really rich significance, that proves the continously contact between the wonderful nature and the felling of love.
Sponsored Links

Write your Review on The Swallow's Nest Castle and become the best user of Bestourism.com

Maps of The Swallow's Nest Castle 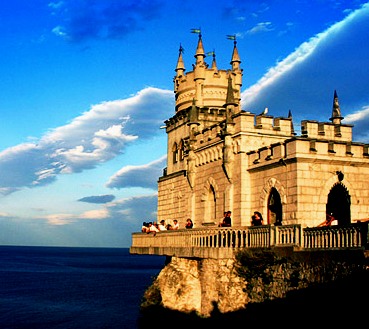 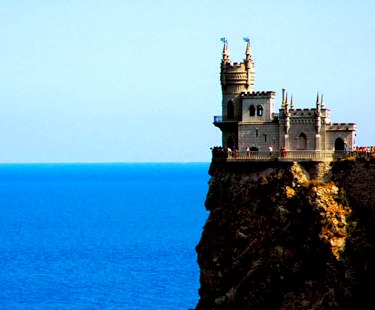 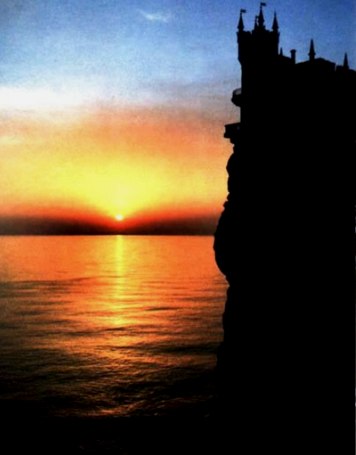 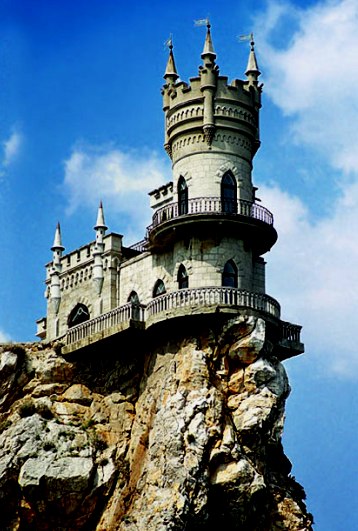 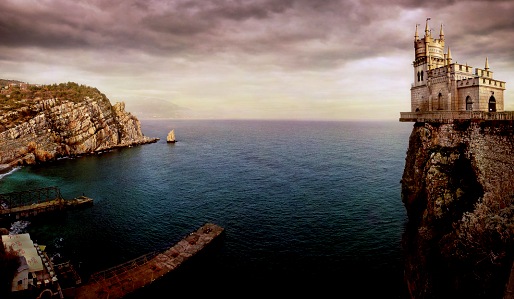 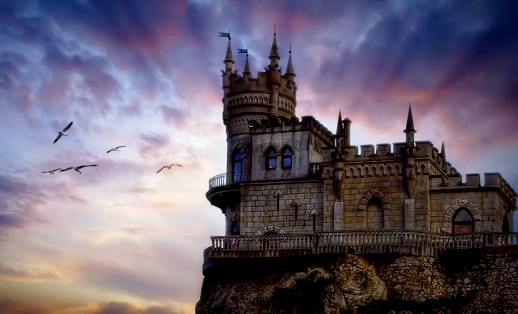 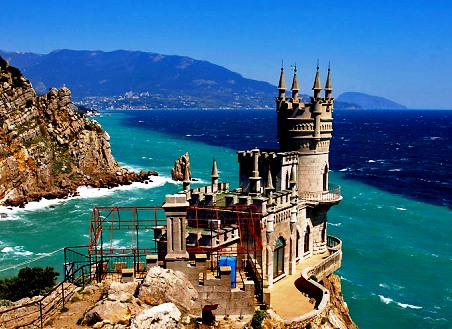