Battery City Park is not only the most famous park in New York but also an historical place. It is a 92 acres public park located at the Battery in the Southern side of Manhattan Island,  in New York City. The park is also the place for the East Coast  Memorial that  commemorates the U.S  solders who died defending  the coastal waters of the western Atlantic Ocean during the World War II.
Battery City Park is a neighborhood and in the same time is a commercial center, which is a new part in New York. From its long boulevards it can be seen The statue of Liberty and there is located the World Financial Center, the building where are all the important  financial companies  from entire world. This place can amaze you with the Winter Garden  where several concerts and cultural events are organized attracting people with a hot atmosphere and positve energy. You can also admire with enthuziasm the skyscraper museum inside the Ritz Carlton Hotel.
Over 4 million people including residents, office workers,  tourists from  around the world come annually to visit the park and its precious masterpiece-Castle  Clinton National Monument. Many cultural institutions  are within walking distance  of the Battery. The park includes a lot of attractions as:  South Street  Seaport, The New York Stock Exchange, The museum of Jewish Heritage , the Staten Island Ferry.The restaurants and the shops that sorround the park are perfect for the tourists and for their taste.
If you want to see a waterfront view , you have not seen one unless you’ve been to Battery Park City.  It is definitely one of hidden treasure of New York City  and worth to take a walk and check it out.
Sponsored Links

Write your Review on Battery Park City and become the best user of Bestourism.com 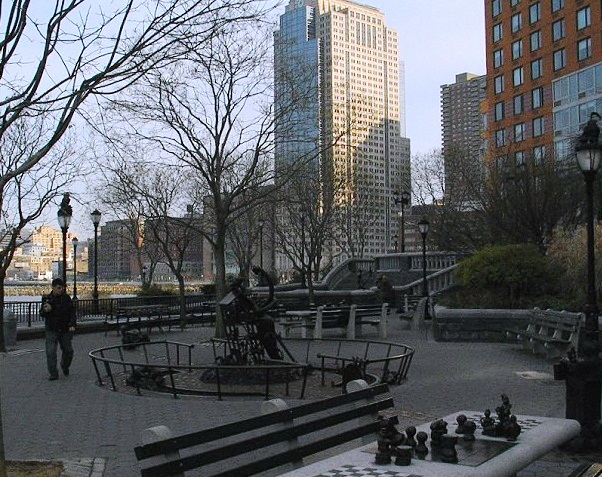