Times Square is considered the symbol of New York City. It is an amazing skyscraper that has a lot of neon signs,huge monitors,tickers and sparkling windows.

Times Square –the heart of nightlife in New York has the same fame like Las Vegas  in Nevada. This place is also famous for the day of 31st of December  when gathers millions of people to celebrate  the New Year. This  tradition was born for about one century ago, in 1904, when for the first time appeared the neon signs and above the Square was installed a light ball, weighting 700 pounds. Since then the ball suffered a lot of changes so now it looks more modern and more exciting. During the last few years Times Square became the New York’s jewel. Here you can see the most beautiful and precious thet has the city. Everywhere you look around you can see huge monitors that make publicity. It took many years to see Times Square the way it is now: festive, shining,  alive, modern.
When the First World War started, Times Square was the center of the theatre district and atracted a large number of visitors.That made the place to become perfect for billboards.The billboards have became such a big tourist attraction for the area, due to this now the zone requires the buildings to be covered with billboards.
Times Square is amazing, due to this the city never sleeps.There is so much to do,you will never be bored or alone. Maybe is the unique place in the world where you feel that a new year is coming every day.
Sponsored Links

Write your Review on Times Square and become the best user of Bestourism.com 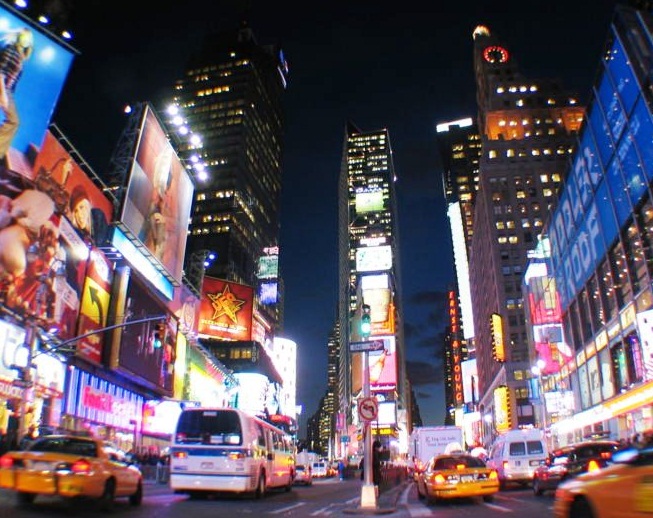