Destinations / The best places to visit in India / Ajanta Caves in Maharashtra, India


Ajanta Caves in Maharastra, India, dating from the fifth century BC and contain paintings and sculptures considered peaks of Buddhist religious art. They were abandoned by their creators in the year 480 AD, leaving in the next 1300 years and completely forgotten by the locals. In spring 1819, but a British officer found the hunting of tigers in India has entered into a chance of artificial grottoes covered completely by lush vegetation. Although the place had become a refuge in which he only birds, bats and small animals, caves then returned stronger international public attention than ever. Since 1982, the Ajanta Caves are UNESCO enter. One unusual attractions, and more recent, is even signature British officer, John Smith, still visible on a wall of the cave.

Ajanta caves include 29 Buddhist temples in India, many of which originate from the 2nd century BC. These famous caves retain some of the finest masterpieces of Buddhist art in India. They were created from a cliff in the shape of a horseshoe along the River Vagora. They were used by Buddhist monks as prayer halls and monasteries for about nine centuries, and then were suddenly abandoned. Caves are numbered from east to west, from 1 to 29. Today, all the caves are connected by a terrace, but in ancient times each of the caves kept separate entrance from the promenade. The viewing platform on the river provides an excellent view of the entire territory of Ajanta - the natural beauty of this area makes it clear why the monks chose this region to escape religious persecution. The Buddha is depicted only in symbolic form, as the throne. In other caves there are colorful murals and statues depicting the life (and past lives) of the Buddha. Caves also depict scenes from everyday life, and many of them contain inscriptions of the rulers and princes as well. The most beautiful caves of Ajanta are considered to be Cave 1 and 2. The first cave is the last cave built here, so it is very well preserved. This cave is home to some of the most complicated carvings on the facade with additional sculptures on mountain ridges. There are scenes from the life of Buddha as well as many other Buddhist motifs. Every wall of the hall inside is nearly 12 meters wide and 6 meters in height. Colonnades support the ceiling, creating spacious aisles along the walls. The facade of the cave number 2 is fundamentally different from the first cave. Even the facade carvings seem to be different. Inside the cave is also strengthened by huge pillars and decorated with murals, the interior here has a lot in common with the rest of the caves of Ajanta. Paintings and murals are placed throughout the cave, except for the floors. In some places, the frescoes were destroyed because of human intervention, while in other areas there are preserved only fragments. Up to now there are mysteries unsolved about the caves. It is unclear how artists could paint in the shadow. Here a museum of Buddhist art is opened. Paintings of Ajanta are a unique encyclopedia, in which all social strata of Indian society are reflected (from the ruler to the lowest one). They depict important moment in the history of India.

Write your Review on Ajanta Caves in Maharashtra, India and become the best user of Bestourism.com 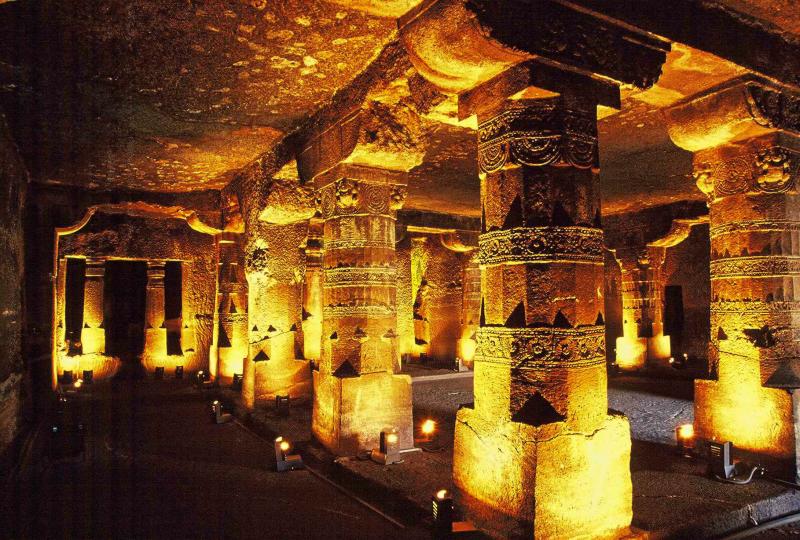 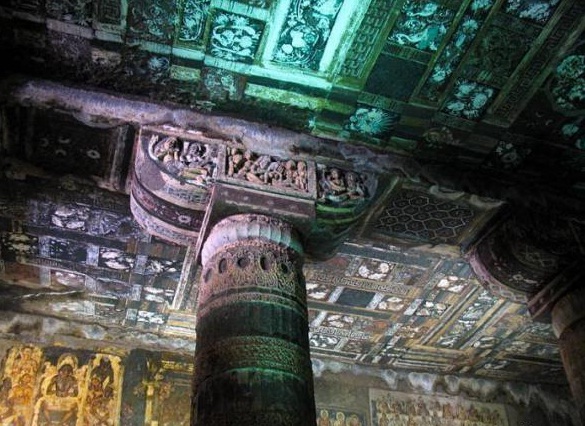 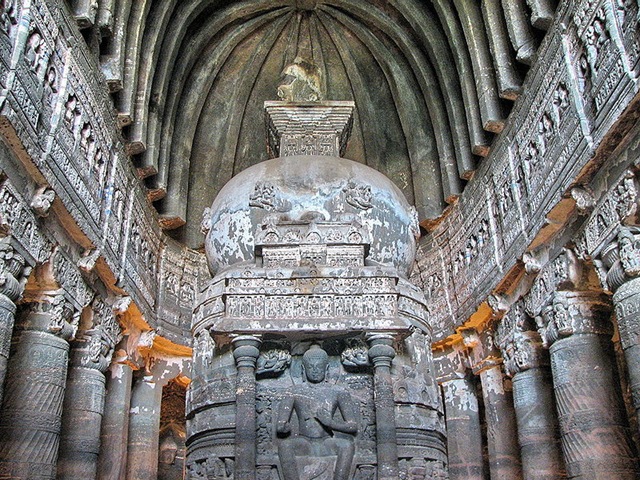 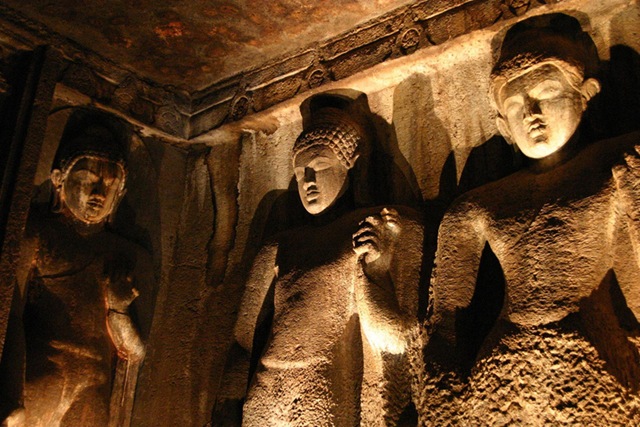 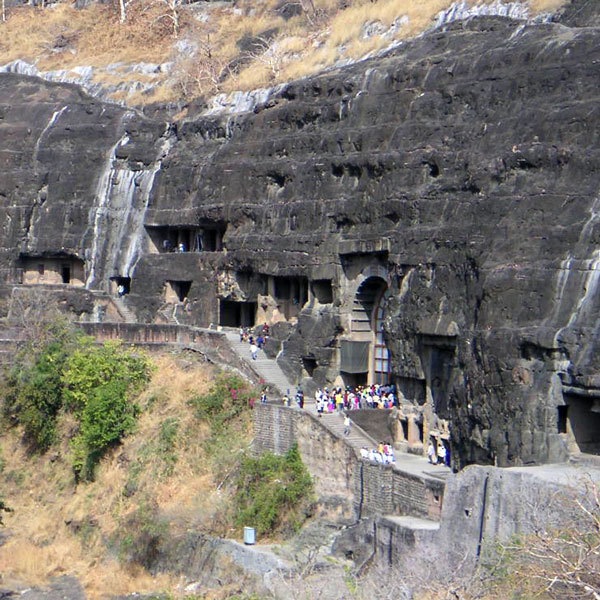 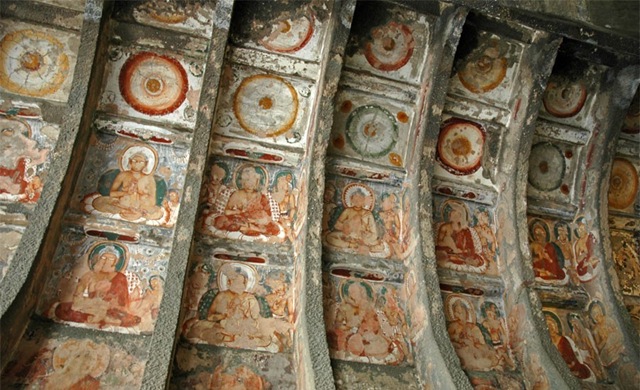 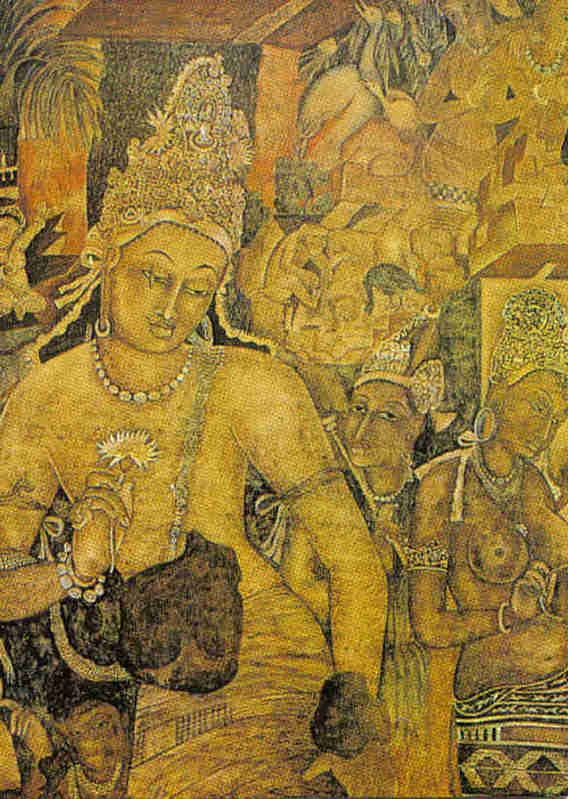 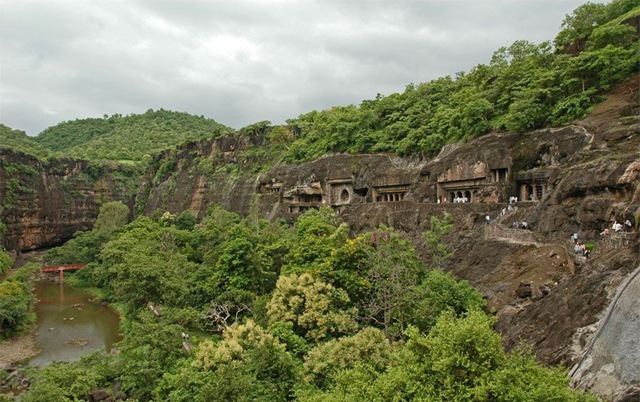 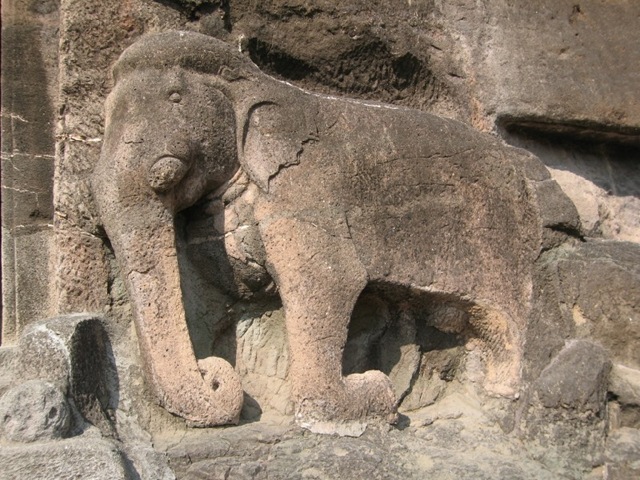 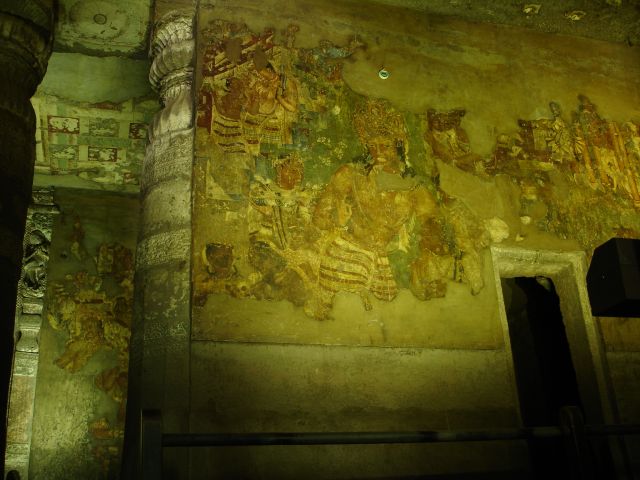 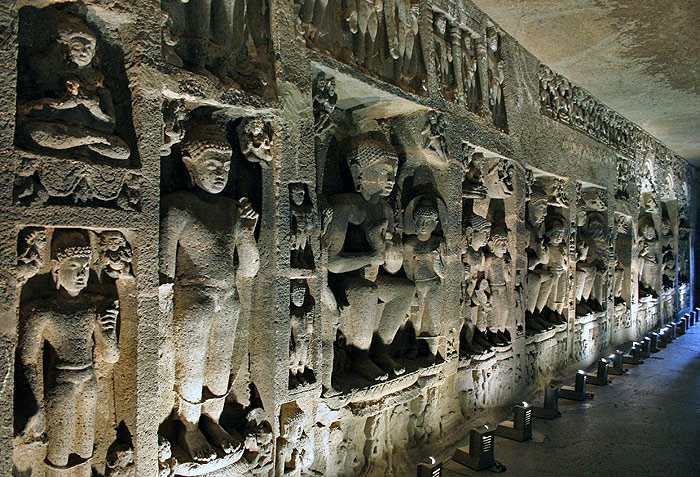 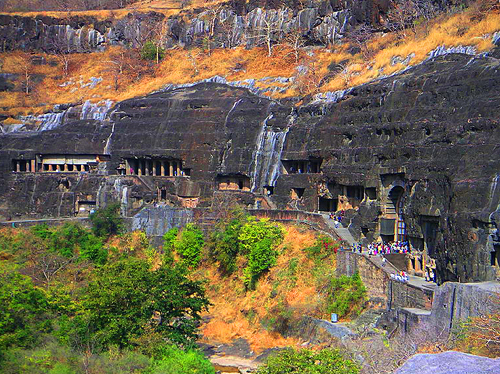