Famous Death Valley in California, USA, is one of those places lunar aspect, where life would seem impossible. Feared and avoided by the natives until the arrival of European settlers, arid valleys of California system and was named in 1849. It seems that when a group of gold seekers in tempted to reach the gold mines in Sacramento, ventured into the dreaded crossing valleys.

Although apparently easier than crossing the mountains, the road soon proved to be a nightmare for those few hardy. Losing the endless desert, gold seekers wandered for 26 days until they were rescued by one of the spies sent to find a way out. They say when the trip had left the valley, one of them has come back together towards the desolate wilderness saying these words:''Goodbye, death valley!''. Thus the name of the valley appeared bleak.
Yet Death Valley was not always worth the sad reputation that surrounds it. Archaeological discoveries have shown that if millions of years ago, represent the bottom of a big huge place, with only 10,000 years ago, the valley was a veritable oasis of green studded lakes, the perfect environment for the continent's first inhabitants of North American.
Originally adventurers and then scientists have been shocked by the strange marks on the sand left behind rocks, apparently without any explanation. Giant desert nearly 800 square miles seemed to be witnessing some strange phenomena that make huge rocks, some hundreds of kilograms, to move freely along the valleys of sand.
Dozens of signs, some perfectly straight, others followed a zigzag shape bizarre, stretches along the entire Oh Death. And as any theory can not seem to offer a plausible explanation, pseudo-science has recently replaced the opinions of scientists. Were invoked at a time, visitors from outer space, magnetic forces or mysterious unknown creatures that would be dwelt on unfavorable environment of the Californian desert.
And that mystery to be deeper, no expert could not ever catch rock movement, despite countless attempts.
Sponsored Links

Write your Review on Dunes of Death Valley National Park and become the best user of Bestourism.com 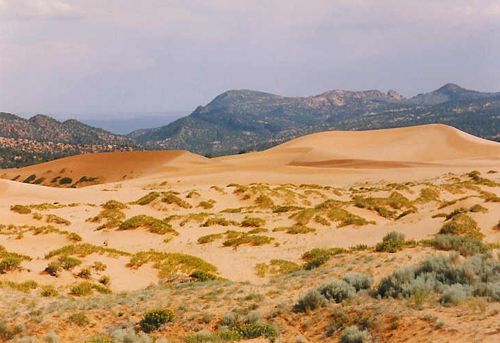 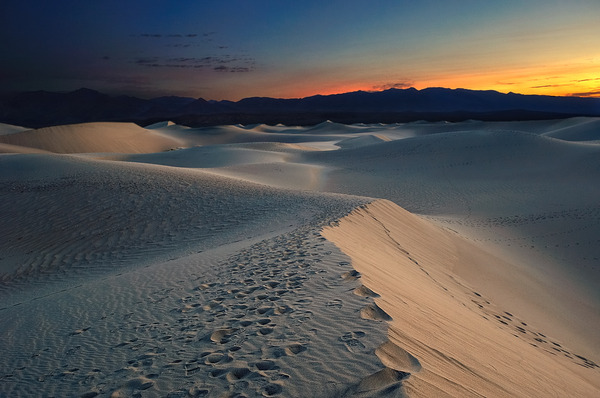