Destinations / The most beautiful cities in the USA / Baltimore


Baltimore is one of four urban areas of the capital of Maryland and American Megalopolis. Located in Chesapeake Bay, Baltimore is the most important trading port on the East Coast of the USA. Founded in 1729, the city was named after Lord Baltimore in the Irish House of Lords, the founding proprietor of the Colony of Maryland. Lord Baltimore himself has got its name from a place of Boron nacoola Parish, County Longford, Ireland. Baltimore has a humid subtropical climate and the Inner Harbor was once the second port of entry for immigrants in the United States and a major production center. Today the old port is a place for walking, shopping, entertainment and home to the Baltimore National Aquarium, the largest aquarium in the U.S. and one of the largest aquariums in the world. The aquarium houses 16,500 marine animals from 560 different species including an impressive collection of sharks. Timor is home to the famous ball Johns Hopkins University and Johns Hopkins Hospital, the most important research institutes in the treatment and eradication of cancer. The two institutions are the biggest employers in town.

City population is 636,919 inhabitants, and metropolitan area has about 2.7 million people, ranking 20th in the country. Associated area, Baltimore County, 8.3 million residents live. Center is studded modern steel and glass building with 30-50 floors, luxury shops and hotels with big names (Marriott, Hilton, Sheraton). Among them see red buildings with strange shapes reminiscent of the former enterprise of the nineteenth century, cleverly converted into clubs, museums, offices and shops. Baltimore is an unprecedented tourist destination, impressive and well thought out. Very close to downtown, the new football stadium for the local team Baltimore Ravens, with a capacity of 70,000 seats weekly gathering of NFL fans in Maryland, suffering or enjoying the local team.
Skyscrapers are not as high as those in New York, but very beautiful place and give a particular city special. Famous names of companies and corporations, advertising lighting, signs and walls shine em lems such buildings. On the ground floor and mezzanine are specialized in sea food restaurants, famous shops, terraces and cafes lure you to come and rinse your eyes.
Sponsored Links

Write your Review on Baltimore and become the best user of Bestourism.com

Images of Baltimore, icons, photos, figures, visions, appearances, illustrations, snapshots, captures, canvas and pictures of Baltimore - The most beautiful cities in the USA 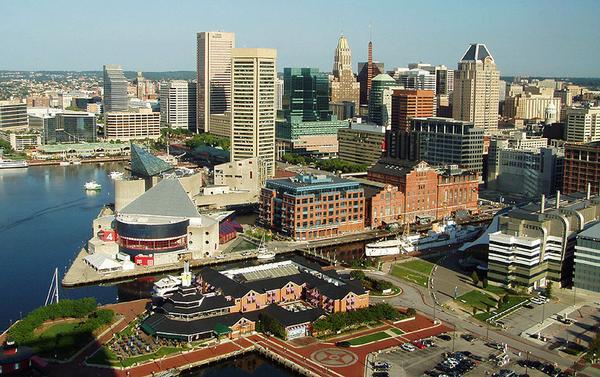 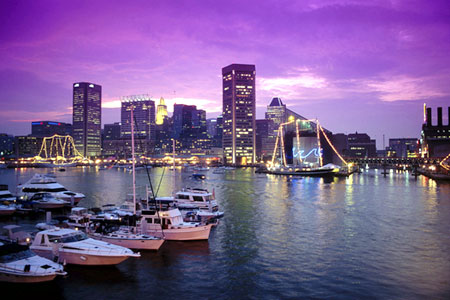 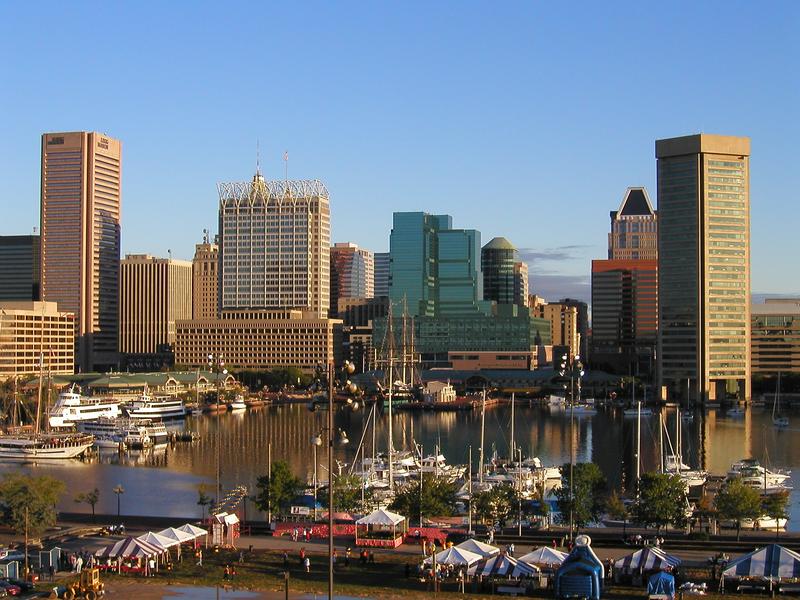 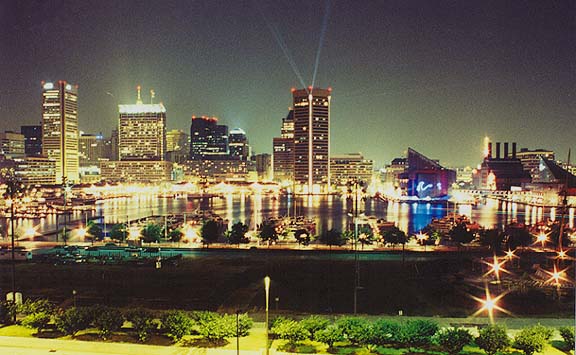