At some point, interest in Art Cologne began to fall, other newer art fairs have gained in importance. For example those in London, New York, Miami and Basel. Since, however, American leadership was taken over by Daniel Hug, the exhibition of a fair wind blows Rhine metropolis.

In the main entrance of the building which houses the Art Cologne, costumed musicians, with tails and top hat, beat the drums as hard paote, attracting visitors careful. They are part of the project the Danish artist, Jeppe Hein, a combination of performance, installation and clownery.
Cologne Art Fair, at the 44th edition, is today more alive than ever in recent years. That is due to the new director, Daniel Hug, the German American citizenship, which in two years when he took over Art Cologne, has managed to restore the glow of another time. Major galleries around the world have begun returning to Cologne after an absence of several years. Participants came from 23 countries. Despite the flight ban, except for only two have come all, even if they had to find other means of transport, which made it difficult and extended the road. Only a few of the major art collectors, overseas, have canceled participation due to the closure of air traffic.
180 galleries at the Art Cologne await until April 25 by art lovers and potential buyers. The most valuable painting that can be purchased in the current edition is undoubtedly signed an Edvard Munch painting, dating from 1916. Thomas Gallery in Munich offer price of 6.5 million euros. Such scarcity can often be seen outside the museum and gallery representation Munich, Heike Grossmann is convinced that Munch's precious creation will be sold in those days.
At the fair in Cologne are also exhibited works by artists and those devoted to experimental. In the center of interest this year is the neo-surrealist paintings of Neo Rauch. The main exponent of the Leipzig School, who turned 50 years these days, is one of the most wanted artists today, not only in Germany but also internationally, especially in the United States. Harry offers a picture gallery Lybke Neo Rauch, what large law at the price of 600,000 euros and seems to have already found a buyer.
And the gallery was missing in recent years at the Art Cologne and its return is a further evidence that Cologne fair restored art appealing to the international market.
Sponsored Links

Write your Review on Art Cologne and become the best user of Bestourism.com

Others from The best art fairs in Europe in 2010 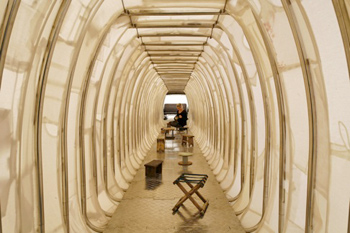