What is there? Well it is famous - tragic fame - Pacific landfill. Because of ocean currents that converge in this area and they carry with trash floating in the ocean, there was formed a floating island of garbage, of enormous dimensions. Its surface was estimated to be approximately double that Texas American status (the second largest in the U.S.) that's about. 1.4 million km square, a frightening figure. In this vast expanse - and down to 10 meters under the surface - floating garbage a hideous crowd, most of which waste plastic PET type that, with such nonchalance, they throw one into the water. The existence of such monstrosities severely affects marine animal life. Many die of plastic intoxicated knowing that we eat, the poor, as that is not food, but poison.

Write your Review on Great Pacific Garbage Patch and become the best user of Bestourism.com

Others The most polluted places in the world .

Others from The most polluted places in the world

Most polluted places in the world 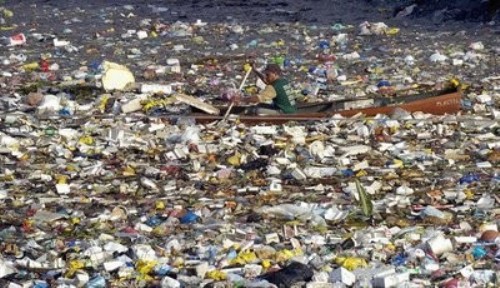