Boiling Lake is a mystery to many curious. The lake is located in Pitons Morne National Park, world heritage of the country. The lake is basically a large hole in the Earth's surface, filled with gray-blue water. When evaporated to form a cloud of steam to the surface. The lake measures 60 feet in diameter.

We can say that is a huge natural boiler in which water boils. From measurements found that the shore water temperature varies between 82 and 91.5 degrees Celsius in the center of the lake temperature is not higher but nobody dared to go there. It is estimated that the lake has a depth of over 59 meters.
Sponsored Links

Write your Review on Boiling Lake in Dominica and become the best user of Bestourism.com

Maps of Boiling Lake in Dominica 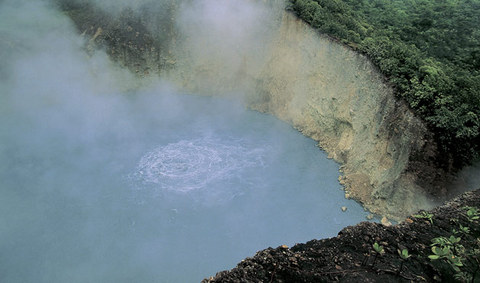 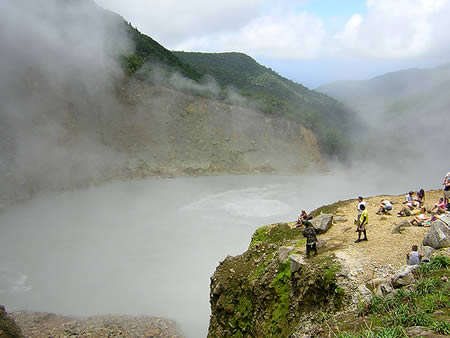