Castles / The most beautiful castles in Tuscany / Cafaggiolo castello


Cafaggiolo Castle is located north of Florence, Mugello, an ancient place of origin of the Medici family. And 'one of the great masterpieces of Renaissance architecture, by Michelozzo. The original castle dates from the fourteenth century was a time when the fortress of the Republic. Cosimo the Elder in 1443 he commissioned to Michelozzo to transform the old fortress into a residential building.

Within its walls, the Medici were to spend more or less long periods, hosting celebrities and artists. The spacious halls and large park was a place of meetings, symposia, festivals, dances, receptions for princes and popes. Lorenzo the Magnificent spent part of 'childhood and adult Cafaggiolo you stay with us surrounded by men of culture. In 1515 the castle opened its doors to Pope Leo X, who grew up in that house with his brothers and mother Clarice Orsini. Were received into the abode Mugello also some brides of the Medici family. It is recalled here that Margherita d 'Austria was founded in 1533 by Catherine de' Medici and 12 girls and in 1565 came from Vienna Joan of Austria, to marry the Grand Duke Francesco I. After the 'extinction of the Medici family, with Giangastone occurred in 1737, Castle Cafaggiolo continued to be visited by famous people. Passno the Habsburg-Lorraine, then in 1864 the Italian government sold it to the Borghese princes, who did make substantial changes. Is currently privately owned.
Sponsored Links

Write your Review on Cafaggiolo castello and become the best user of Bestourism.com 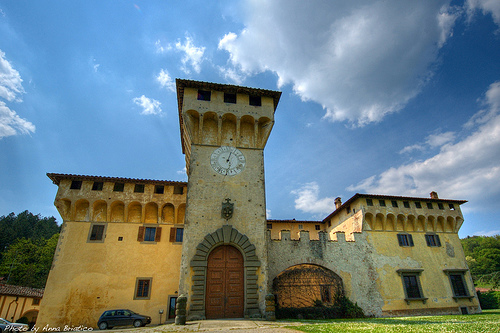 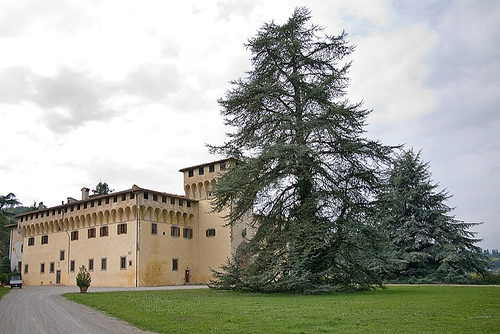