Castles / The most amazing castles in the world / Segovia Castle, Spain


The Alcazar of Segovia is located at the confluence of the rivers and Eresma Clamores, adapting to the rock on which it rises, forming more or less a rectangle, pointed. From here, there is a great view of the church of Vera Cruz, the town of Zamarramala and Monasterio del Parral.

Its origin is uncertain, although it is known that this was an ancient promontory fort by its strategic position was a real defensive bastion. So certainly, Romans and Arabs have all left their mark here. For documents, it is known that in the twelfth century there was already a primitive castle, but today was built by the dynasty of the fifteenth century Trastámara. Successive kings expanded it into the shape it has today.
Both Fernando III, Alfonso X as it made a big difference. Alfonso X convened the Courts here in 1256, and from the tower called the King Alfonso X watched and studied the sky. In the reign of John II was built the main tower, which bears the name of this king, in addition to the room of the Galera. His son, Henry IV is the construction of the magnificent paneling of the room and Vanity Pineapple Queen. In this castle, in 1474 Queen Isabella proclaimed herself queen of Castile with the help of the warden of the fortress, Andrés Cabrera, and the enthusiasm of the inhabitants of Segovia. This brought him the support of Mendoza and other important families. Felipe II ordered the construction of its wonderful covered slate roofs. The revolt of the Commune under Charles V damaged the Alcázar, the Emperor being driven by numerous works of restoration. Of the festivals luxury and ostentation, with the passing of the years the palace was relegated to the place of detention for illustrious prisoners accused of crime of State. Carlos III declared it a school of Artillery in the eighteenth century, produced in 1862 a serious fire which almost completely destroyed inside. It was restored in the late nineteenth century, in times of Alfonso XII.
The Alcazar of Segovia is divided into two nuclei. The first is formed by a patio Herrera with moat, drawbridge, the main tower and spire two circular bins. The second is inside and has a chapel and rooms great nobles of the Galley, the Piñas and the toilet of the Queen. It also has four floors with spacious lofts and basements.
Stresses the Kings room which is decorated with handcrafted gold and diamonds and hexagons with a curious frieze of polychrome images and seated 52. In the throne room, features a beautiful domed Moorish and Gothic-Mudejar plasterwork. Its walls are lined with velvet and portraits of various kings.
The main tower was built by John II in a transition from Romanesque to Gothic. Reaches 80 feet tall and is decorated with beautiful engravings and twelve magnificent towers. It is accessed through a passageway. During the reign of Philip II, the roofs were covered with original slate steeples. Stresses the tower Alfonso X the Wise, from which the monarch was studying the sky and the wonderful interiors decorated rooms with coffered ceilings and rich Mudejar plasterwork.
In the chapel you can see a beautiful Mudejar coffered ceiling and a stained glass art by the artist Segovia Muñoz de Pablos. Similarly, there are two altars, a XVI century Castilian school and another dedicated to St. James Gothic. Chart highlights the Adoration of the Magi by Bartolomé Carducci.
Sponsored Links

Write your Review on Segovia Castle, Spain and become the best user of Bestourism.com 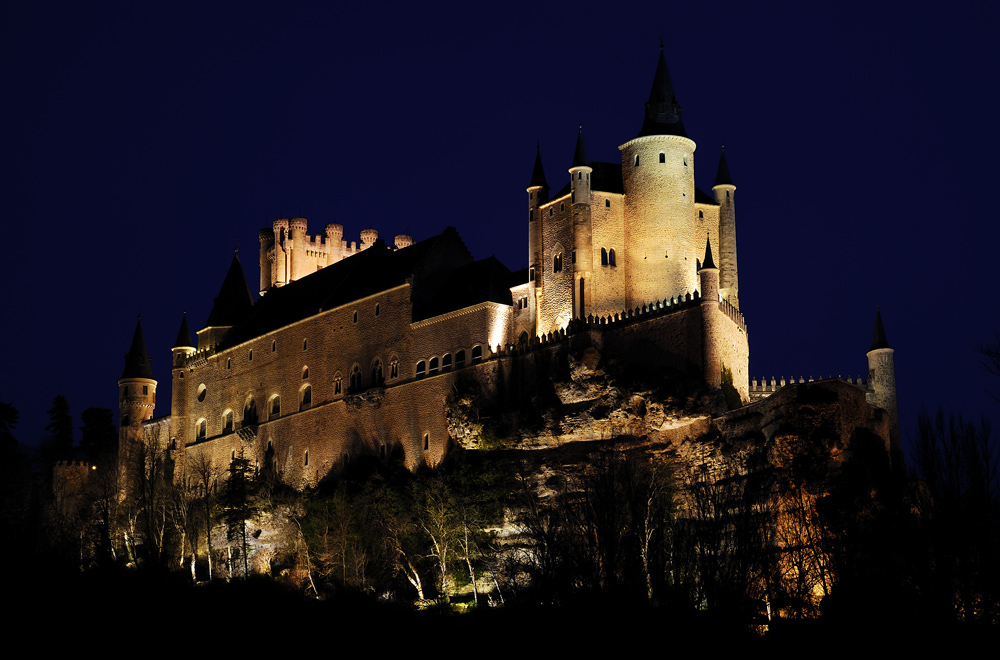 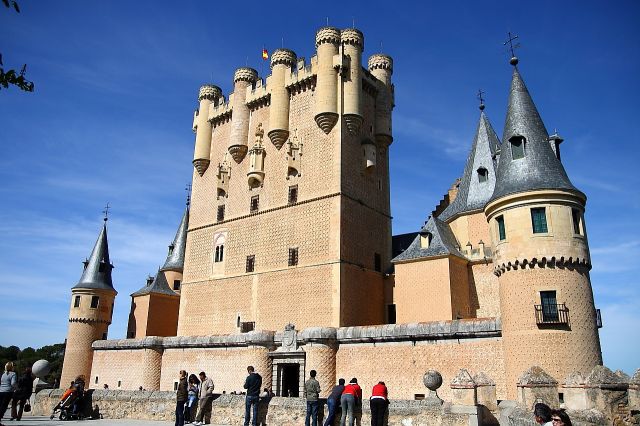 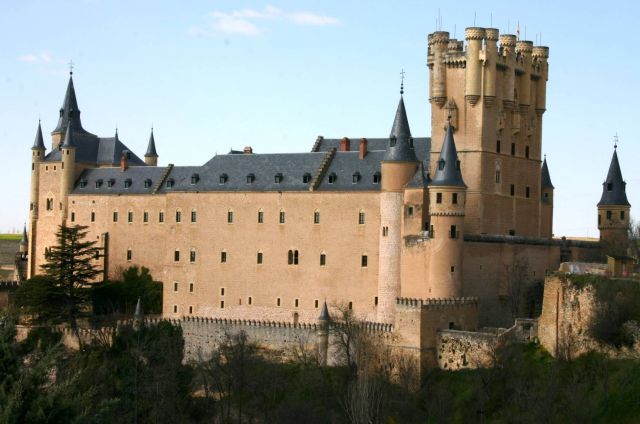 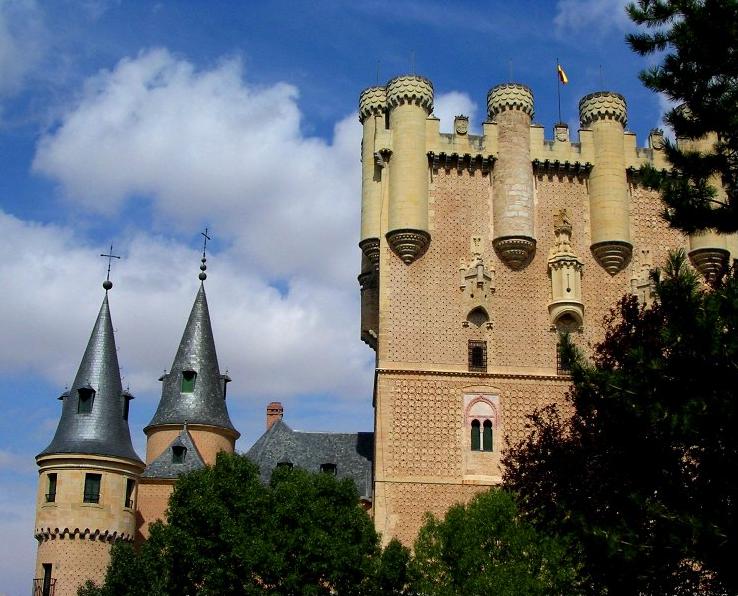 Segovia Castle, Spain - The towers of the castle 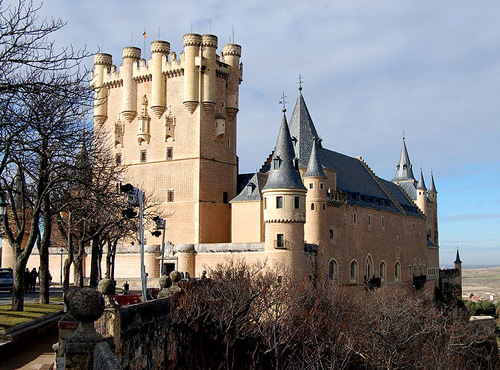 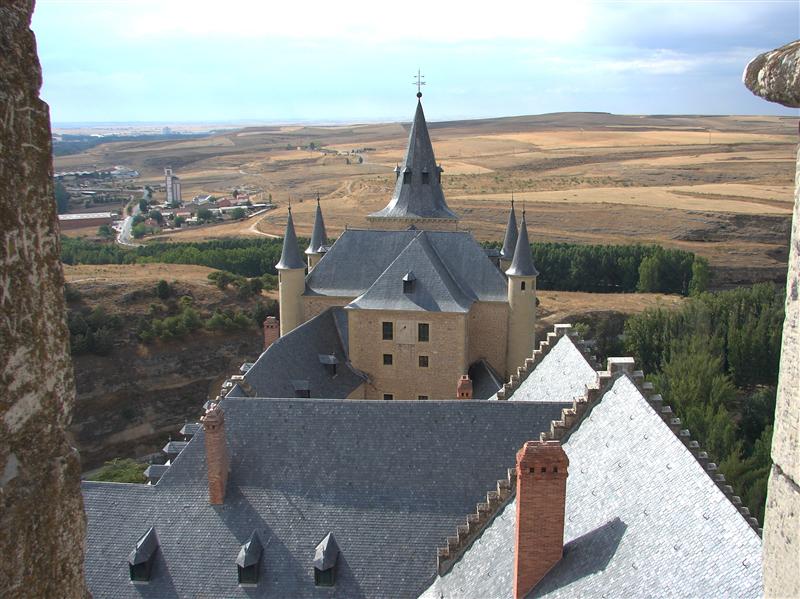 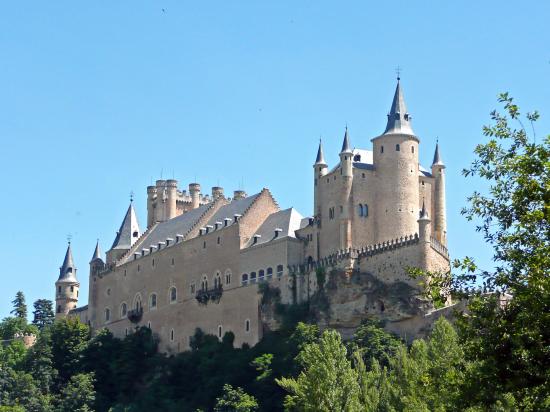 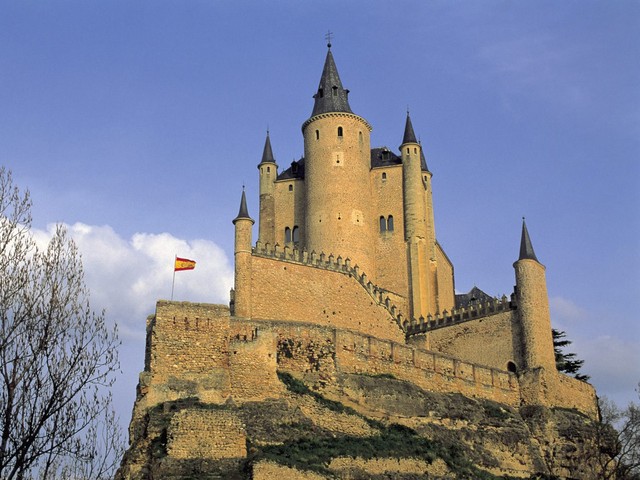 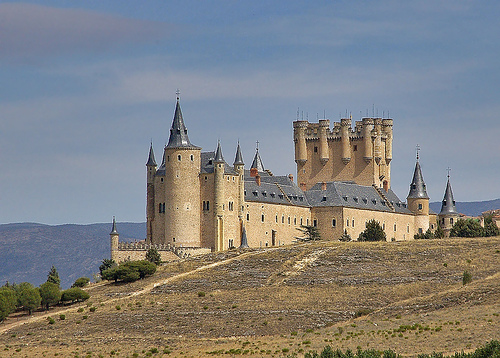 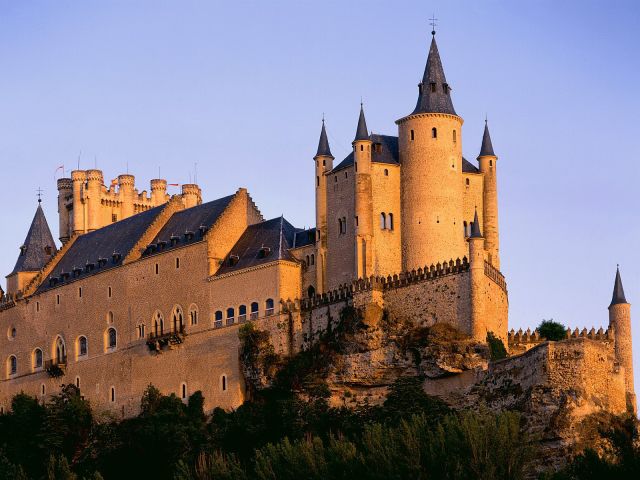