It was built in the year of 135 AD, in the memory of Tiberius Julius Celsus Polemaeanus, a popular Roman consul from the year of 92 and governor of Asia in the year 115, by his own son, Gaius Julius Aquila. The library served as a tomb for the great Celsius as well. The library is a rather unusual place for the tomb – being buried here was a great honor for Celsius.

The monument has preserved within its walls more than 12,000 ancient scrolls, manuscripts of inestimable value. Romans were eager to expand their culture all over the empire –only such an argument could explain the rise of one of the most impressive libraries in the entire history of Rome in Asia Minor. This is the second largest library after the Ancient Library of Alexandria.
The building is known as one of the few surviving examples of ancient Roman libraries and it prooves that public libraries were built not only in Rome itself, but throughout the Roman Empire. After extensive restoration work, the facade has been restored and now serves as a prime example of Roman public architecture. The style of the library -with its decorative, balanced, well-designed façade -reflects the Greek influence on Roman architecture. Construction materials such as bricks, concrete, rubble and came into use in the Roman Empire in the 2nd century AD. The library has been restored with the help of the Austrian Archaeological Institute, and the originals of the statues were placed in Ephesus Museum in Vienna in 1910.
Sponsored Links

Write your Review on Celsius Library in Turkey and become the best user of Bestourism.com

Maps of Celsius Library in Turkey 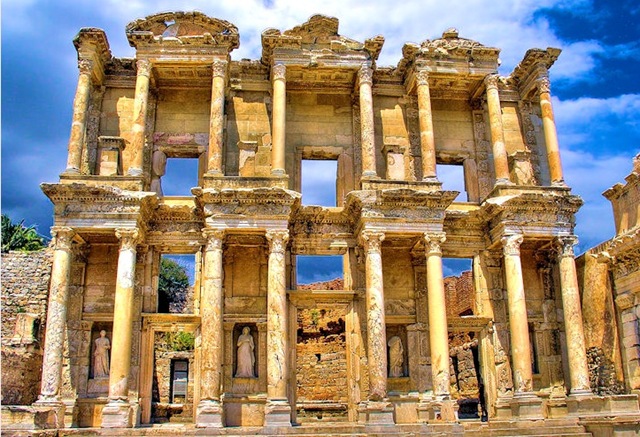 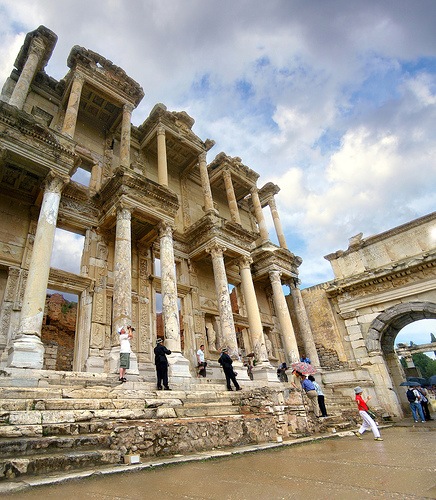 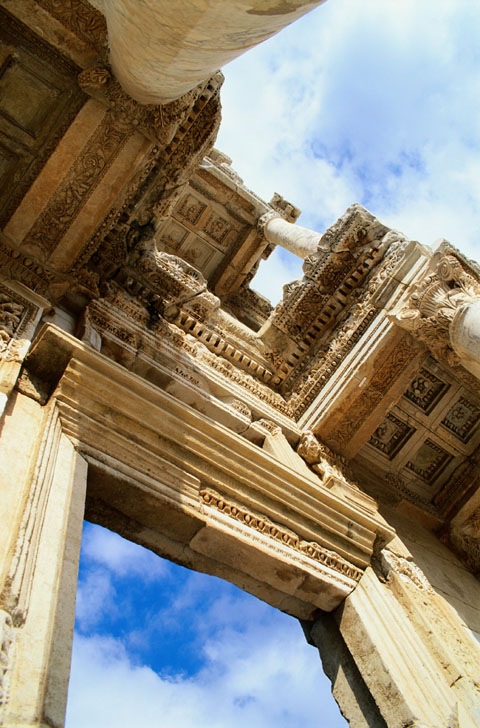 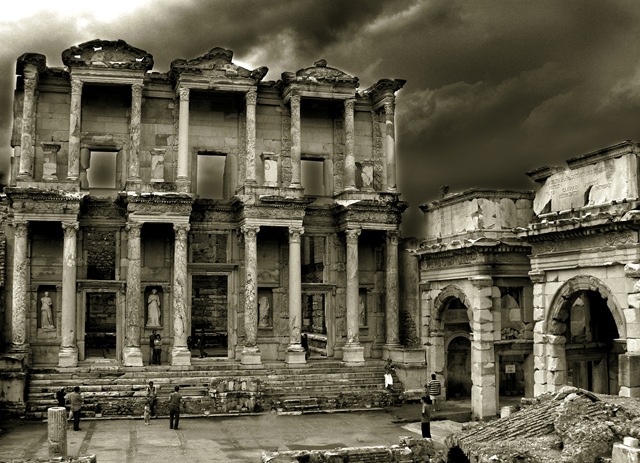 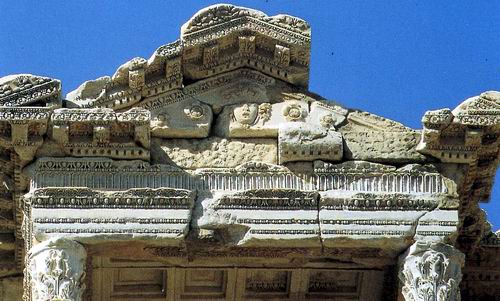 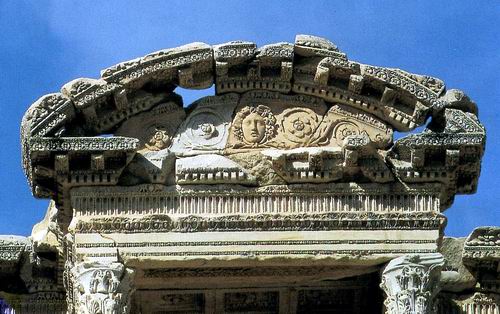 Celsius Library in Turkey - Detail on the facade 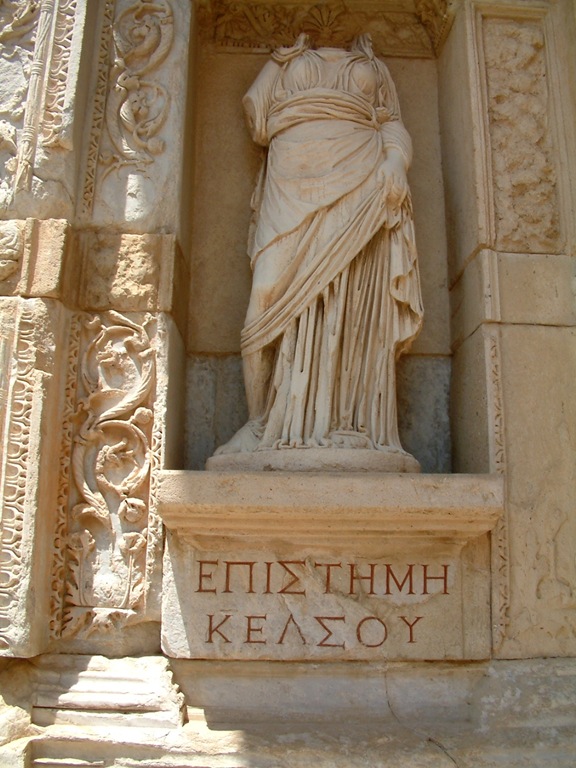 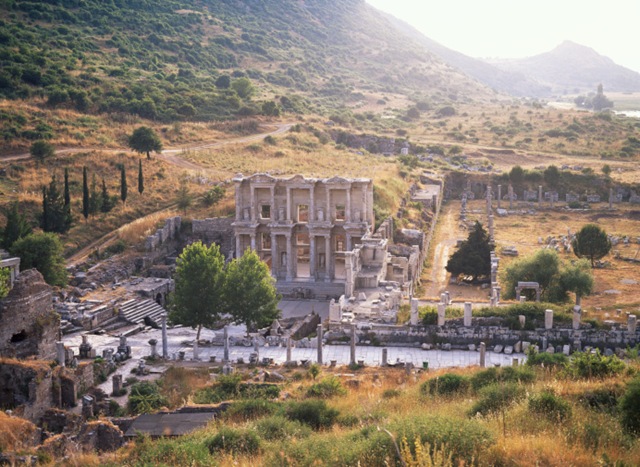 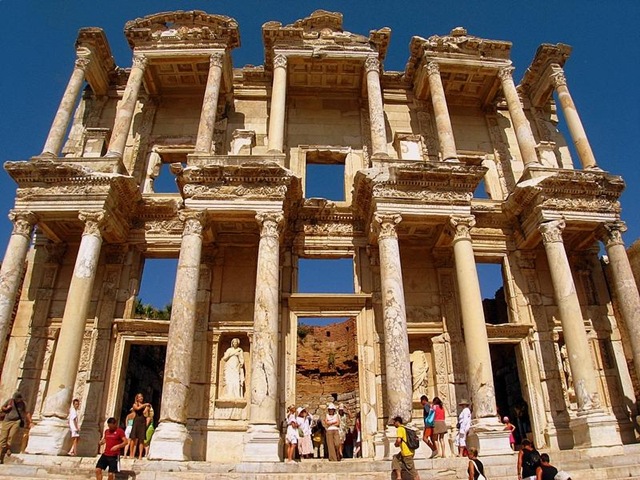