Sigiriya, or Lion’s Rock, is an ancient mountain fortress, in ruins now, located in the central district of Matale in Sri Lanka. The fortress is surrounded by the remains of a vast network of gardens, pools and other structures. This is a popular tourist destination in Sri Lanka. Sigiriya is also known for its ancient images, murals. The fortress was built during the reign of King Kasap I (477 - 495 AD), and it is one of the seven world heritage sites in Sri Lanka.

Sigiriya was inhabited during prehistoric times and was used as a mountain asylum monastery, since around the fifth century BC. The garden and palace were built later by King Kasap. After the death of Kasap, the place became again a monastery until the 14th century, when it was abandoned.
The Sigiriya rock rises high above the surrounding plain, visible many miles away in all directions. It is located on a steep embankment and rises sharply above the flat plain, the height of the cliff being 370 meters above sea level.
The earliest evidence of human presence in Sigiriya was found in the mountain refuge Aligala in the eastern part of the cliff. These findings indicate that the region was inhabited nearly five thousand years ago during the Mesolithic period. During the third century BC, here there were built mountain-caves by Buddhist monks. These buildings were built between the third century BC and first century AD.
During the reign of King Kasap at 477 to 495 AD, Sigiriya has developed into a complex city and became an impregnable fortress. Most buildings of the complex, among which protective structures, palaces and gardens, refer to the period of Kasap.
Kasap was defeated in 495 AD and Sigiriya again turned into a Buddhist monastery place - the monks were here until the fourteenth century. After that, no mention of Sigiriya was discovered until the seventeenth century, when the area became the Kingdom of Kandy. When the government ended in Kandy, Lion Rock was again abandoned.
Archaeological work began here in the 1890's. N. S. R. Bell was the first archaeologist who conducted extensive research in the area around Sigiriya. Intensive research began in 1982, initiated by the Government of Sri Lanka.
The ancient castle remained at the top of the hill still, as well as some parts of the fortress. Despite its age, some of the ideas of those who build it continue to impress and amaze with their ingenuity – the water tanks still preserve the water, and the ditches and walls surrounding the palace are still elegant and beautiful.
Sigiriya gardens is one of the main parts of this area, being some of the best gardens in the world. The gardens are divided into three separate areas: water gardens, garden of stone, and terrace gardens
One of the most famous parts of Sigiriya is the mirror wall. Initially, the wall was so well polished that the king could see himself in the mirror. The wall is made of special porcelain of China, and it is partially covered with verses, scribbled by the visitors of the place. The oldest verse dates from the 8th century. Many visitors have written on the wall about love, irony, and various events. Later on, painting on walls was forbidden.
The ancient temple on the top of the cliff is a giant art gallery, murals covering most of the western slope of the rock, extending on an area 140 meters long and 40 meters high. The style of these paintings is unique.
Sponsored Links

Write your Review on Sigiriya in Sri Lanka and become the best user of Bestourism.com

Maps of Sigiriya in Sri Lanka 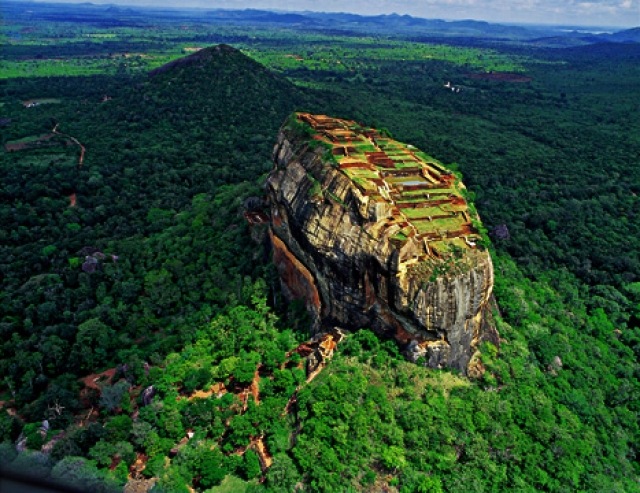 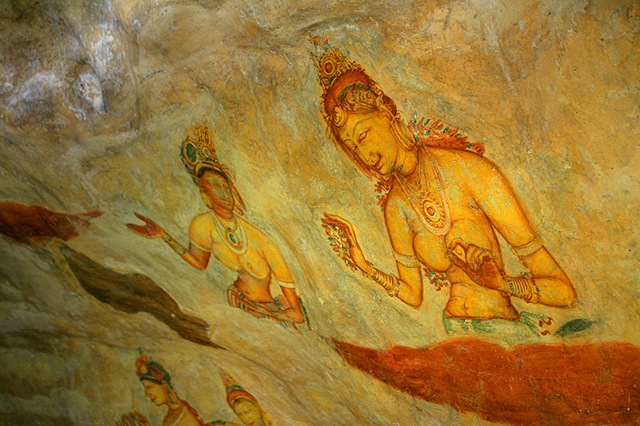 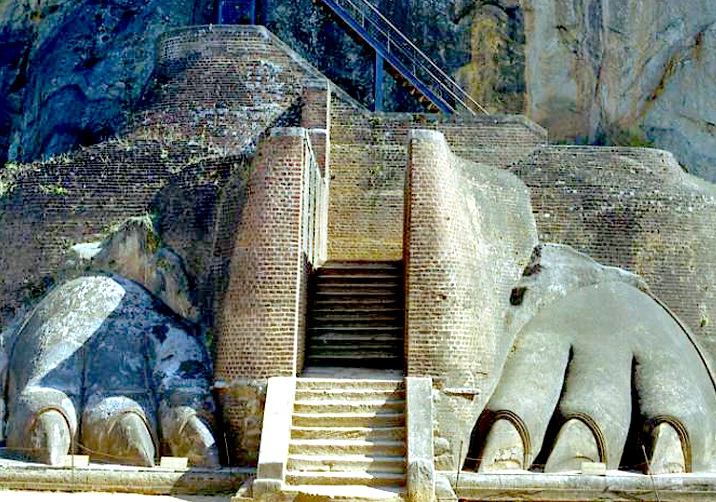 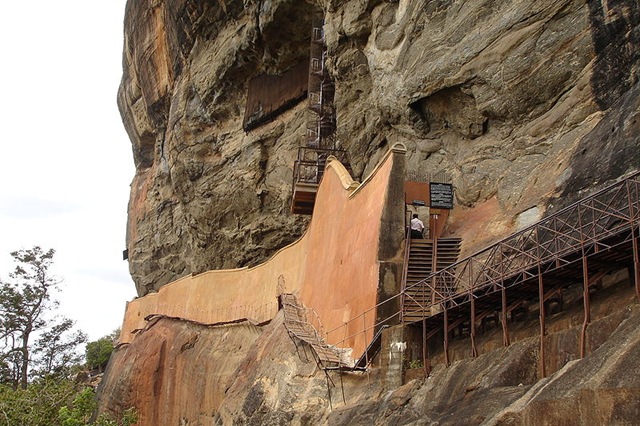 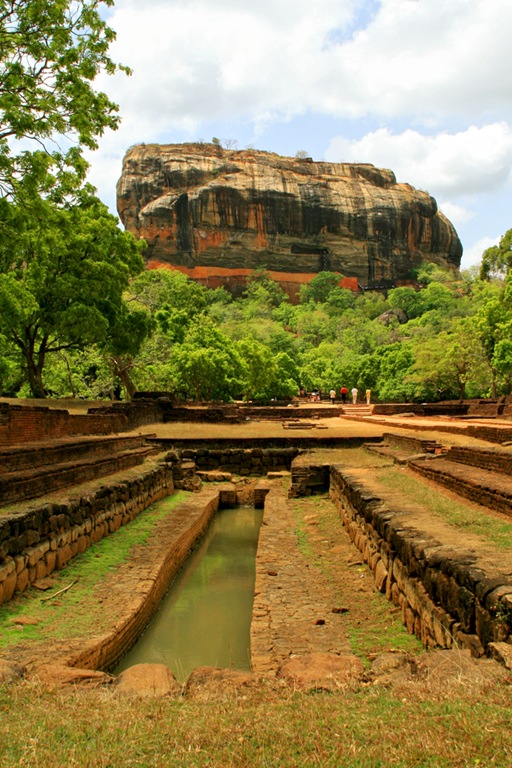 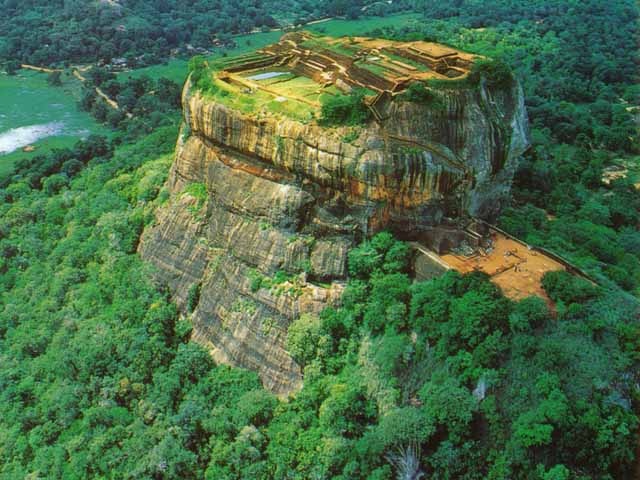 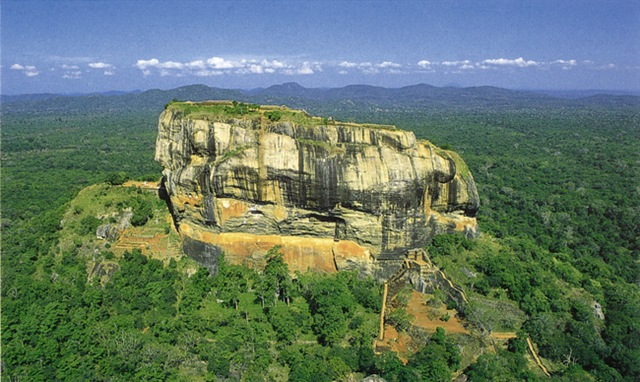 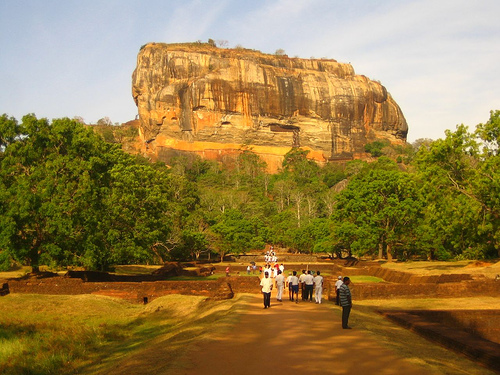 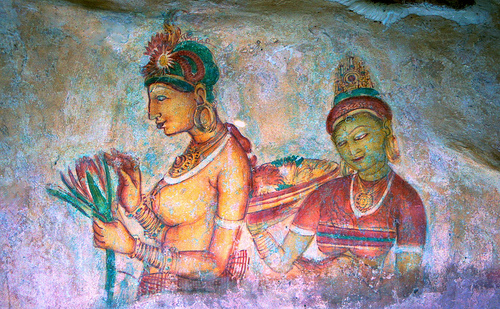 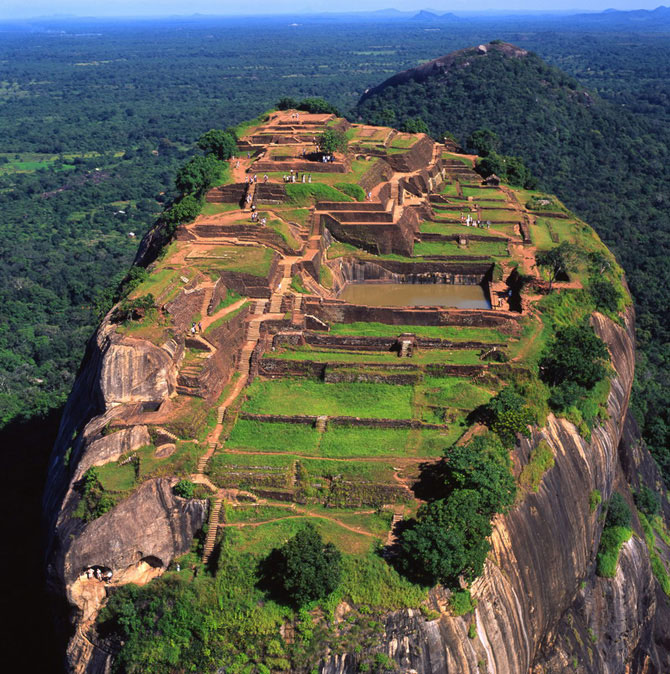