The Okinawa Churaumi Aquarium is the 2nd largest aquarium in the world. In 1975, the International Specialized Exhibition of 1975, devoted to the sea and its future, took place in Okinawa at the Ocean Expo Park, built for the occasion. Subsequently, the park use declined and the authorities decided that a new tank would not only boost the region but also to highlight the maritime traditions of Okinawa. The aquarium was designed by Yukifusa Kokuba and was opened on 1 November 2002.

The aquarium was baptized by referendum. With over 13 000 votes, he took the name Churaumi (in the dialect of Okinawa "Chura" means "beautiful" or "elegant" while "Umi" means "ocean".

The water park is part of the leisure complex Motobu. The aquarium is divided into four floors where you can see the creatures of the deep, sharks, corals and other tropical fish. The aquarium covers 19,000 square meters of land and has 77 tanks of 10 000 m³ of water. The seawater used for tanks is pumped at 350 m from the coast 24 hours on 241.

The largest aquarium in the park, "Kuroshio", contains 7 500 cubic meters of water has the second largest shop window for an aquarium with 8.2 m x 22.5 cm area and 60 cm thick glass. Whale sharks and manta rays move in the middle of other species in this huge aquarium.

Write your Review on The Okinawa Churaumi Aquarium, Japan and become the best user of Bestourism.com 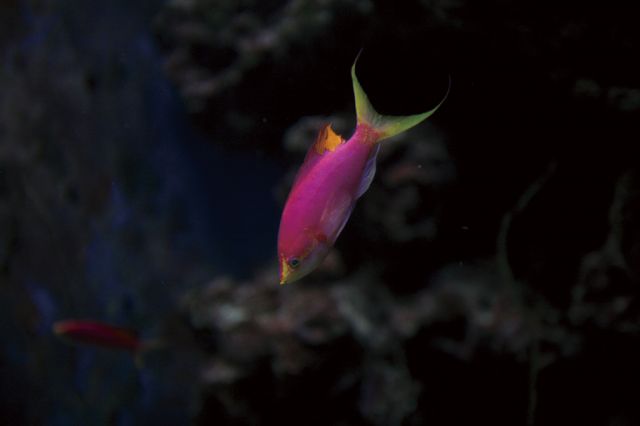 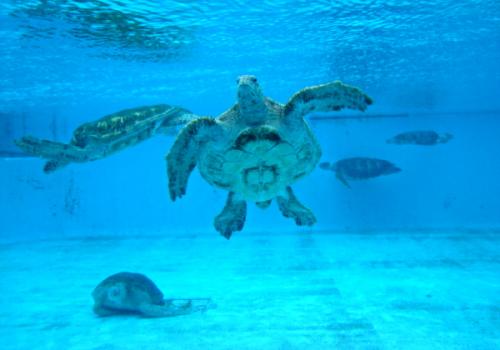 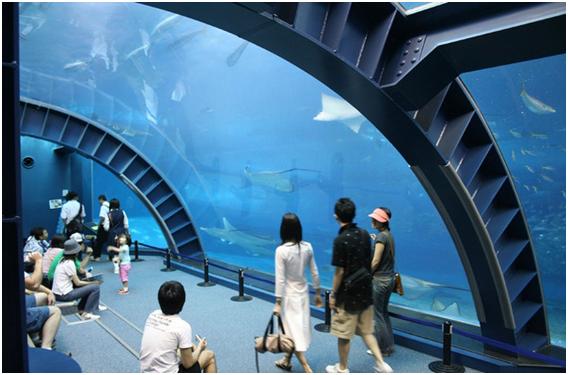 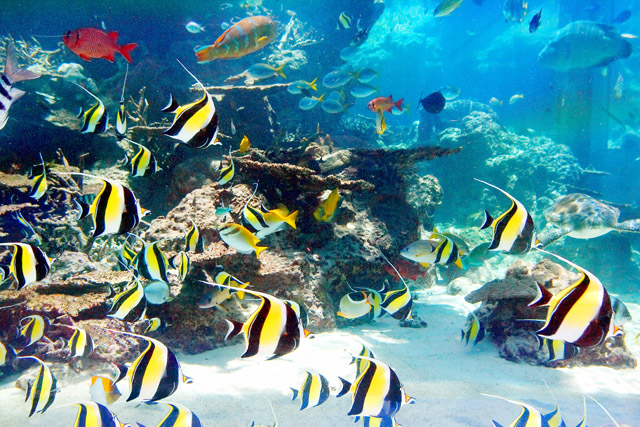 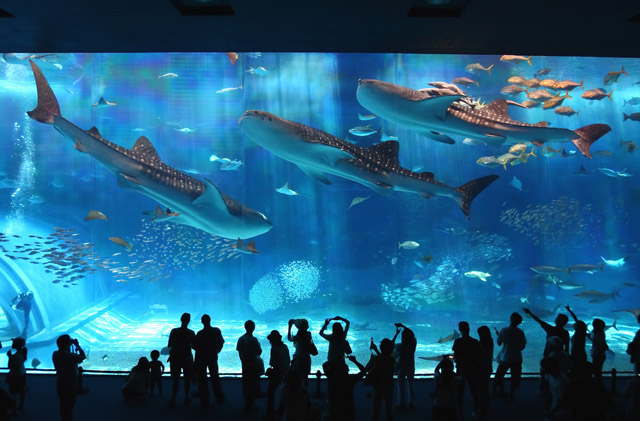 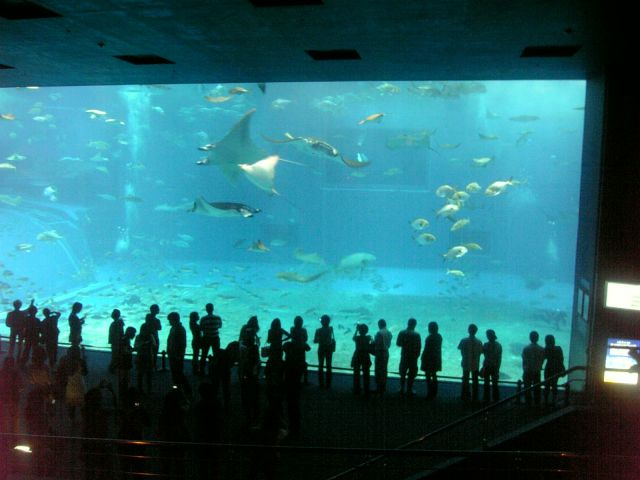 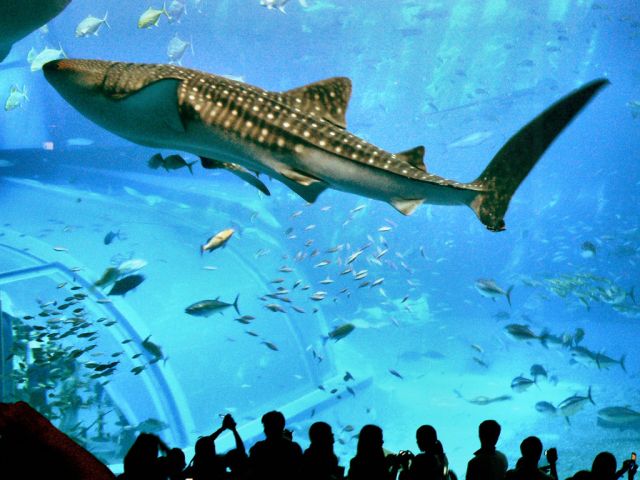