Beer Festival is held in Stuttgart, Germany and is considered the second largest after the Oktoberfest. Volksfest translated as "folk festival", and that is as it is indeed. History of the Festival began in 1818, when Queen Catherine and King William Vurtembergsky decided to make a feast for his people after the difficult years of the plague. The official beginning of the holiday falls on the 11 o'clock, when the Lord Mayor of Stuttgart, opens the first barrel of beer near the fruit of the column. On the first Sunday of the festival on the main streets of the city, there is a procession of people dressed in colorful costumes and colorfully painted carts and cars. The parade is accompanied by a crowd of people who came to admire the colorful spectacle. Each column is moving with his original music. Over three hundred artists and magicians arrange representation at the fair, where anyone can ride the biggest wheel in the world and make a rapid descent of the waterfall.

During a holiday in the city appears a huge number of beer tents, which offer a beer brewed on the best breweries of the country. More than 300 businesses occupy an area of 16 hectares. Tables in the most famous camping reserve is usually a few months before the festival. The biggest tents usually have Gokelsmaer and Schwaben Brau. One of the famous beer halls - Hall of the Black Forest with spruce paws, waterfalls and a laser show. A gourmet never miss "French Village", where you can enjoy the Gallic delicacies, mouth-watering roast beef and cheese steaks. Folk festival Cannstatter Volksfest was never just a "cafeteria" or "tavern." Vivid contrast to this festival of events of its kind in that it focuses primarily on families, and evidence of this - extremely friendly and joyful atmosphere that reigns here.
Sponsored Links

Write your Review on Cannstatter Volksfest in Germany and become the best user of Bestourism.com

Maps of Cannstatter Volksfest in Germany 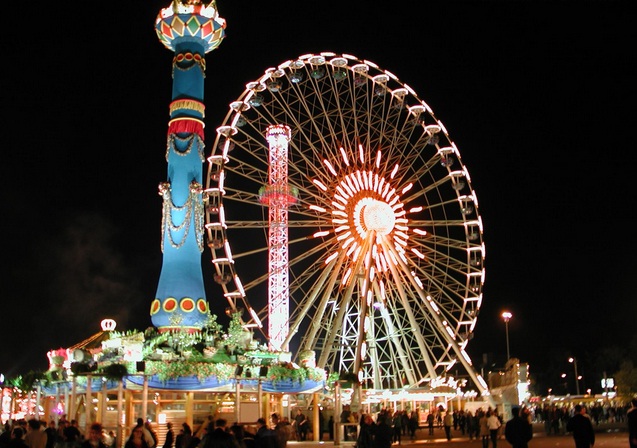 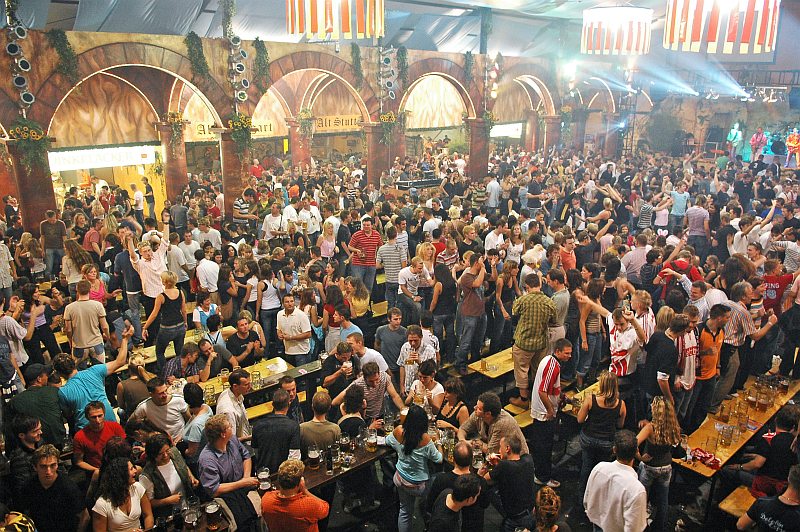 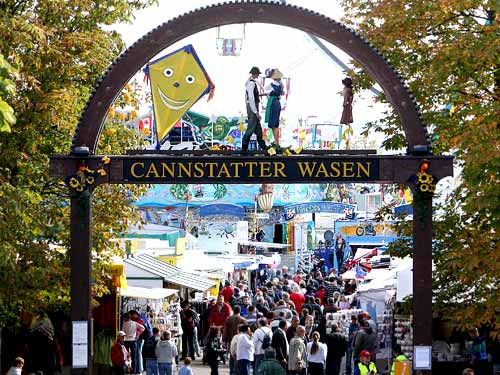 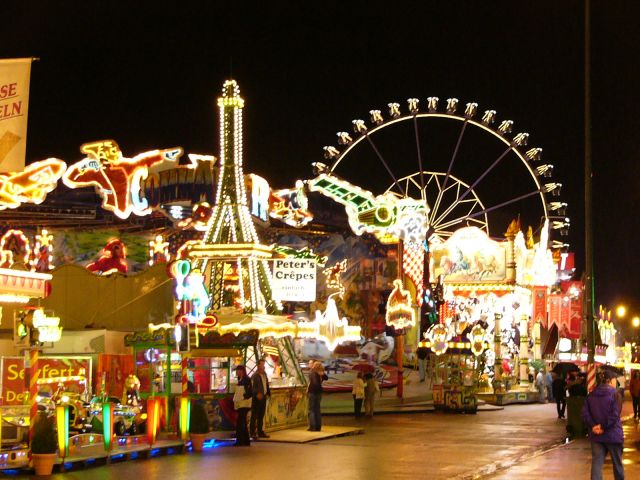 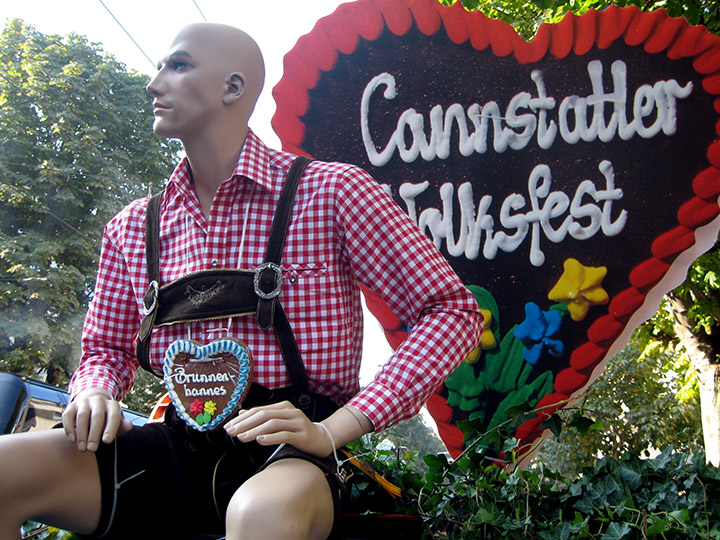 Cannstatter Volksfest in Germany - Welcome to the festival!