Built in the northern German city of Munich, Allianz Arena football stadium itself is a curiosity because of modern design, which adds not only in form, but also by the innovative facade lighting. Alliantz Arena is the first stadium in the world whose facade can change colors.

Two professional football clubs, FC Bayern Munich and TSV 1860 Munich, host their matches on this ground, early in the season 2005/2006. Provider of financial services worldwide, Allianz has purchased the rights to name the first 30 years, although during the 2006 World Cup was known as the FIFA World Cup Stadium Munich.
Architect Günter Behnisch, with the participation of engineer Frei Otto built the stadium for the Olympics 1972. Before construction on such a scale used only in a temporary exhibition facilities, such as the famous German Pavilion at Expo-67 in Montreal, of the same Frei Otto. Construction costs amounted to 340 million euros and in 2006 obtained approval was necessary to increase the number of places in la 69 901 66 000 spectators. The total capacity includes 2000 business seats, 400 press, 106 luxury lodges and special seats for disabled persons.
Although the stadium can accommodate 69,901 currently, the Regulation provides for the UEFA Champions League, remain at full capacity of 66,000 seats. Allianz Arena includes care centers, 550 toilets, 190 monitors and two shops for fans, FC Bayern Munich and TSV 1860 Munich Megastore Megastore Allianz Arena. Because the stadium is shared by two teams, was equipped with four lockers, one for each host band and two for their opponents.
Sponsored Links

Write your Review on Allianz Arena in Germany and become the best user of Bestourism.com

Maps of Allianz Arena in Germany 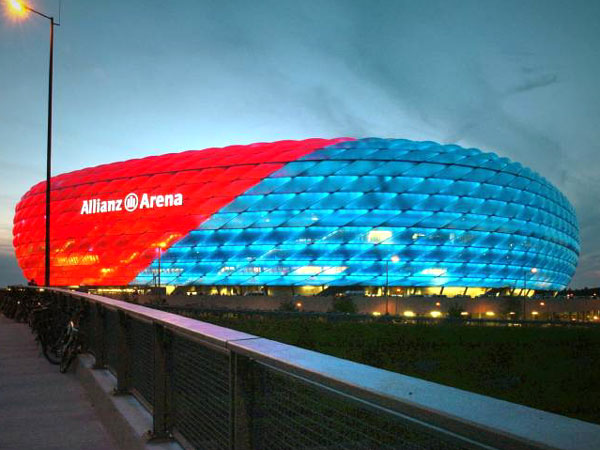 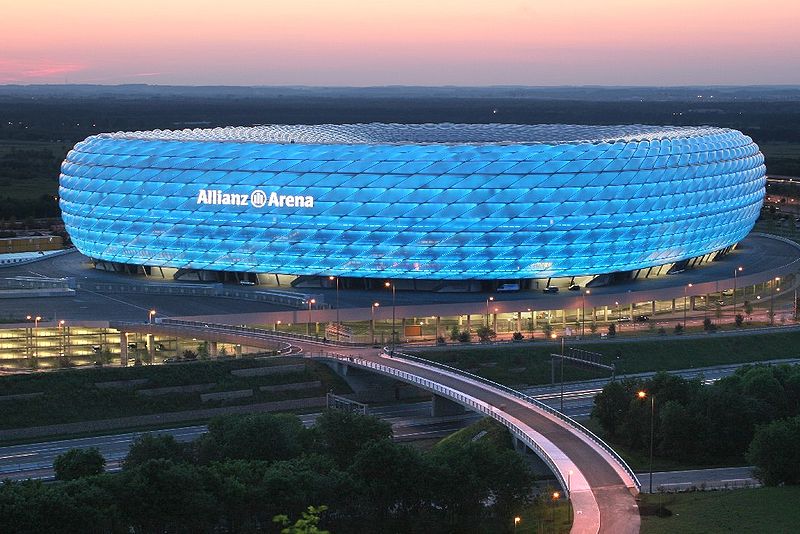 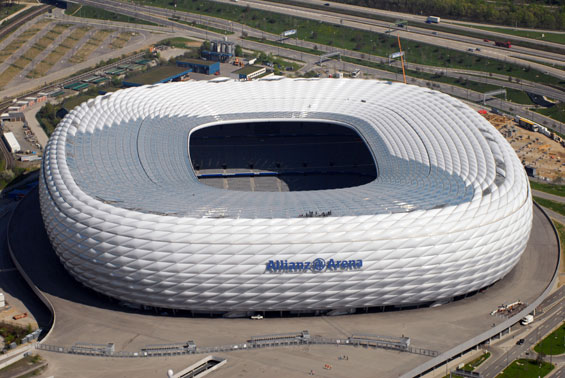 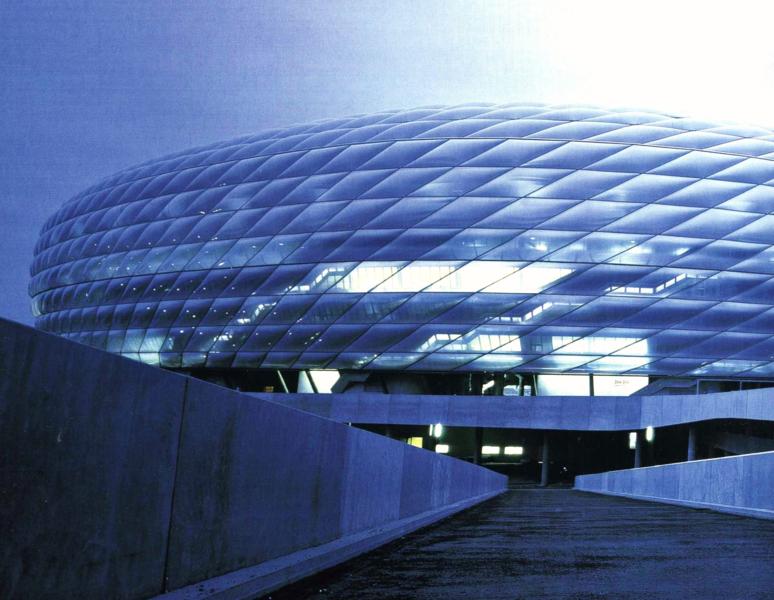 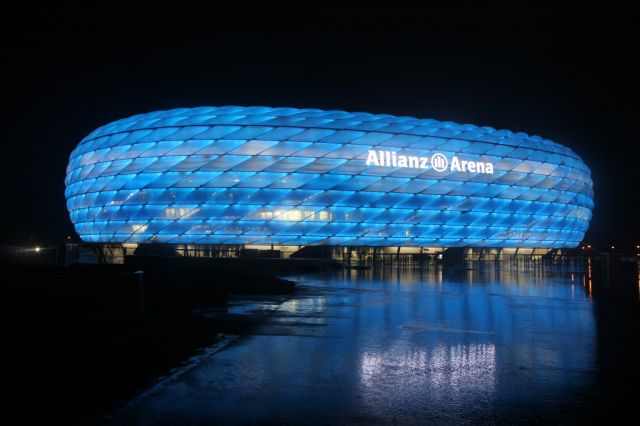 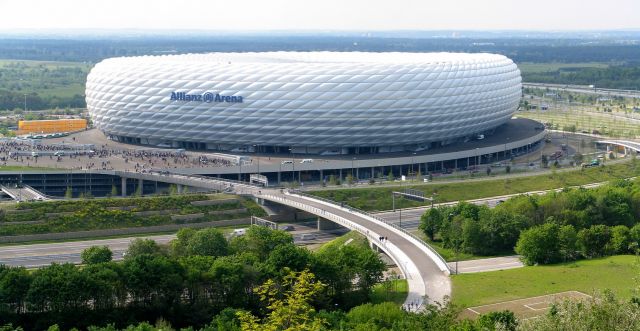 Allianz Arena in Germany - General view of the stadium 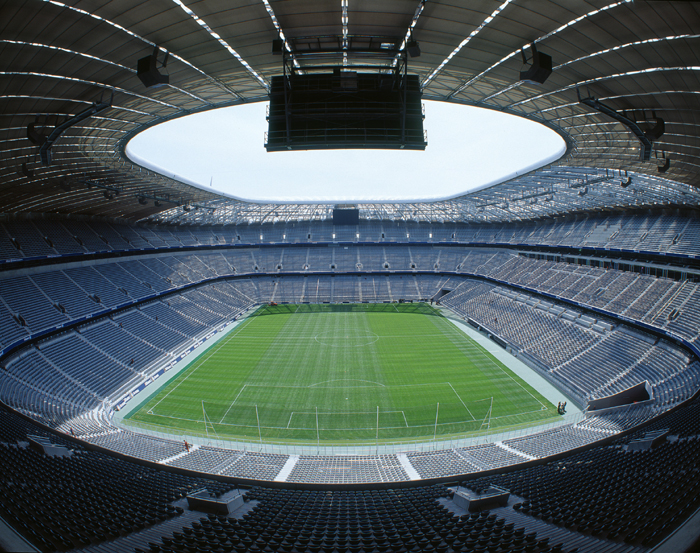 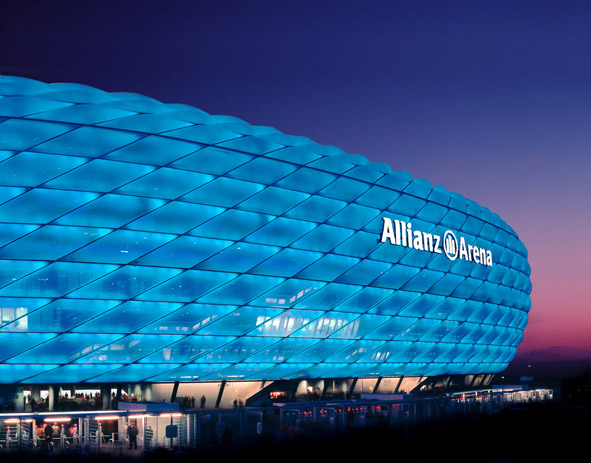 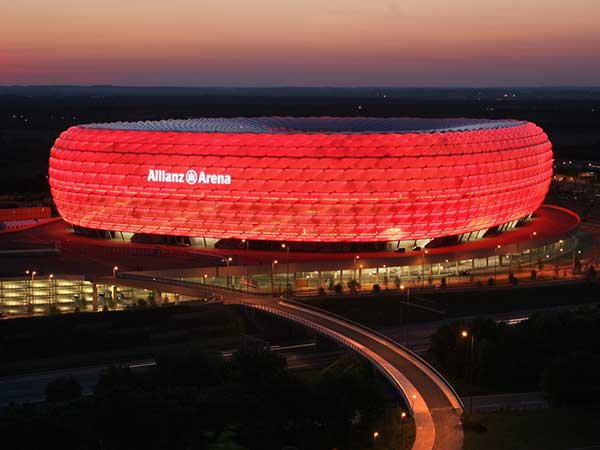 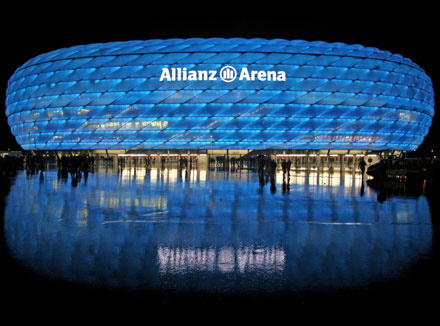