Destinations / The best places to visit in Ukraine / Livadia Palace


Livadia Palace is in Livadiya, Crimea, a few miles west of Yalta in southern Ukraine. In 1860, Alexander II gave the palace originally as a gift for his wife Maria Alexandrovna, after the death of Alexander II the palace was inherited by Nicholas II who requested that it be demolished and build another back in place. The new palace was built under the supervision of the architect Ippolito Antonovich Monighetti and later Nikolay Krasnov was appointed to prepare final plans of the castle.

After 17 months of work, Livadia Palace was inaugurated on September 11, 1911. Livadia Palace is built mostly of white limestone in the Crimea, neo-Renaissance style and contains 116 rooms, with interiors decorated in different styles. Nikolai II spent his summer holidays there until the October Revolution. He later became a sanatorium for the workers, then in February 1945 hosted the Livadia Palace in Yalta conference where British Prime Minister Winston Churchill, U.S. President Franklin D. Roosevelt and Joseph Stalin, Secretary General of Russian met to divide Europe at the end of the Second World War. The room held the conference was kept exactly as it was in 1945. You can see English billiards room where crucial documents were signed.
Today the palace houses a museum and is sometimes used for international summits held by the Ukrainian authorities.
Sponsored Links

Write your Review on Livadia Palace and become the best user of Bestourism.com 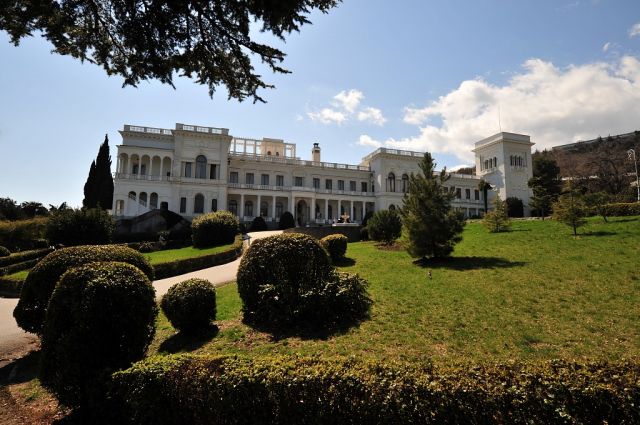 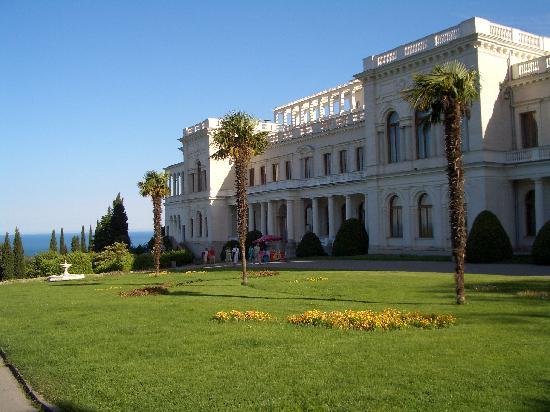