National Preserve of Tauric Chersonesos was created to preserve an ancient Greek settlement founded 2,500 years ago, located in Sevastopol on the Black Sea in the south-west of Crimea.

Chersonese was built in 422-21 BC by Greek colonists. The city has developed between the fourth and second centuries i.Hr, and due to geographical position was one of the main ports on the northern Black Sea coast. Between V and XI centuries AD became an important center of Byzantine culture. At the end of the Xth century was occupied by Prince Vladimir the Great, Vladimir was baptized here in 988 (Chersonese is the cradle of Christianity in ancient Russia). On to 1300 Chersonese Trebizond Empire came under protection. In 1299 the Crimean Tatars destroyed and burned the town. A century later the town was completely destroyed and finally abandoned.
The excavations have revealed ancient basilica, white marble columns, hundreds of meters of defensive walls, Greek temples, houses with rainwater tanks and more. St. Vladimir Cathedral, which was finished in 1892, is one of the most attractive views of the Chersonese, was built to commemorate the baptism of Prince Vladimir.
Other famous tourist attractions are Chersonese fog bell and the Roman amphitheater, which has about 3,000 seats, this theater is now used in theater festivals in Sevastopol.
Sponsored Links

Write your Review on National Preserve of Tauric Chersonesos in Sevastopol and become the best user of Bestourism.com

Maps of National Preserve of Tauric Chersonesos in Sevastopol 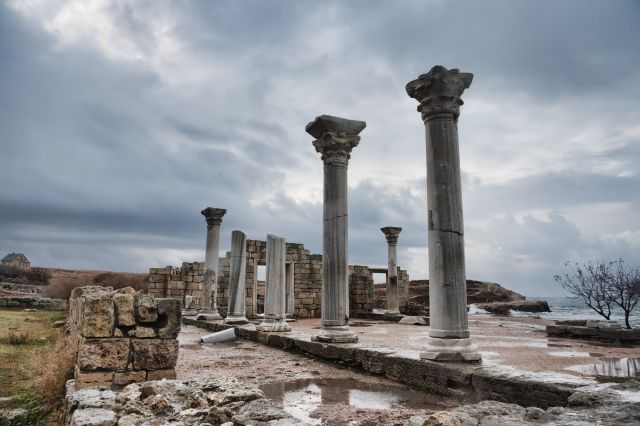 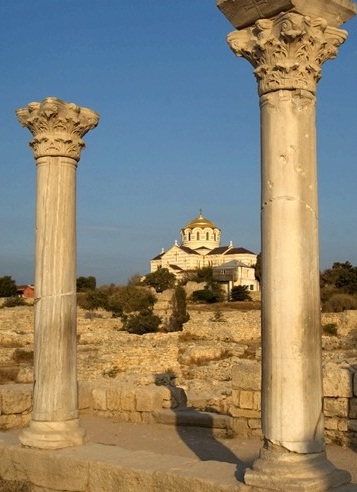 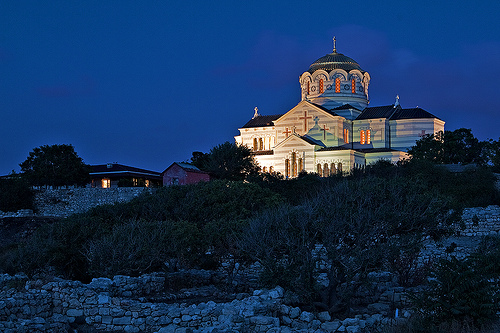