Destinations / The best places to visit in Ukraine / St. Sophia Cathedral in Kiev


Saint Sophia Cathedral is a masterpiece of Byzantine architecture and Ukrainian, is one of the most breathtaking buildings in Kiev. The fronts of the cathedral are decorated with ornamental niches, ornaments and paintings.

Inside, visitors can see the splendid frescoes and mosaics, including the famous mosaic of the Virgin of Oran, who was in the cathedral since its foundation. Cathedral hosts the graves of several princes of Kiev, including Yaroslav I the Wise.
Saint Sophia Cathedral construction began in 1037 (some say 1017) by order of Grand Prince Yaroslav I the Wise. In 1240 the cathedral was destroyed by the Mongol Tartars. In 1596 the building was transferred to the custody of the Ukrainian Greek Catholic Church until 1633 when it was claimed by Peter Mogila that led restoration of the cathedral and founded a monastery there, and work continued into the seventeenth and eighteenth centuries under the leadership of Ivan Mazepa, and in 1740 the cathedral was finally restored and renovated with the appearance that it has today.
Cathedral complex includes (in addition to St. Sophia Cathedral) bell tower, a church and monastery Cantina Mica called Sofia. The bell tower was added between 1744 and 1752, has a four-story structure with a intaltime of 76 meters, about four kilograms of gold was used to adorn its roof. Cantina eighteenth century was transformed into a museum.
Sponsored Links

Write your Review on St. Sophia Cathedral in Kiev and become the best user of Bestourism.com 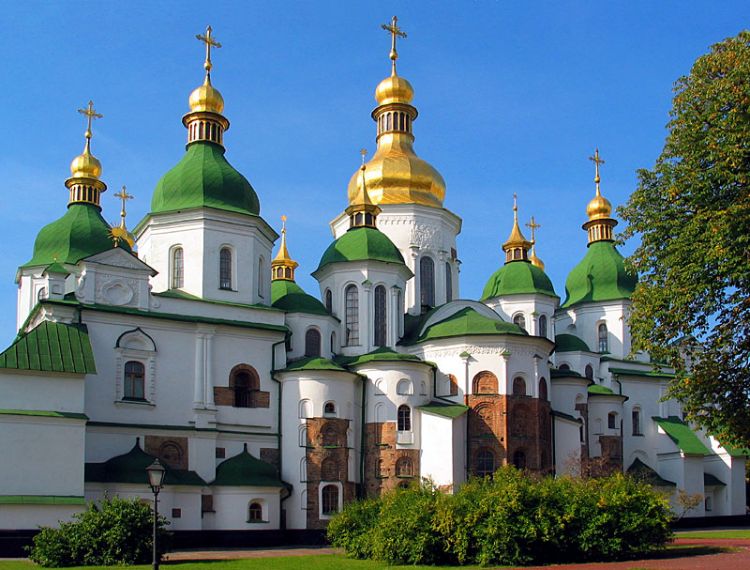 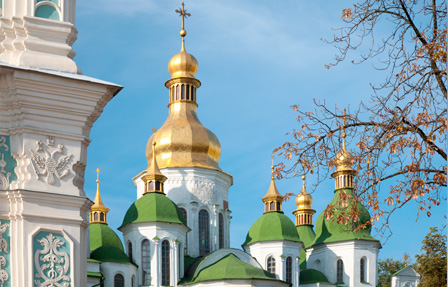 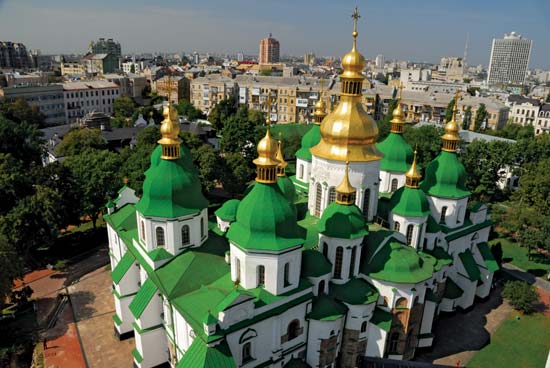 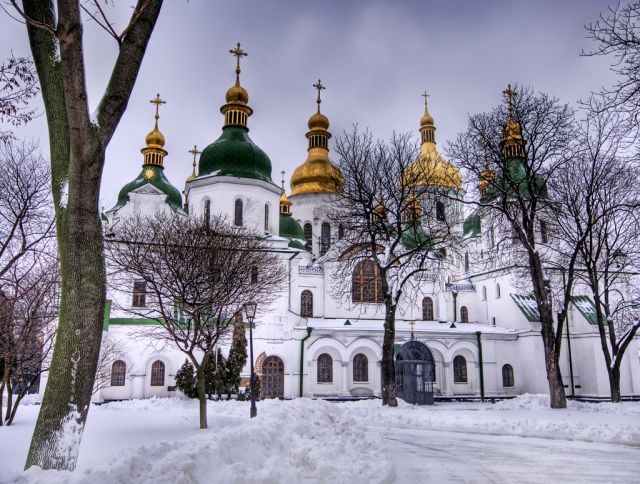 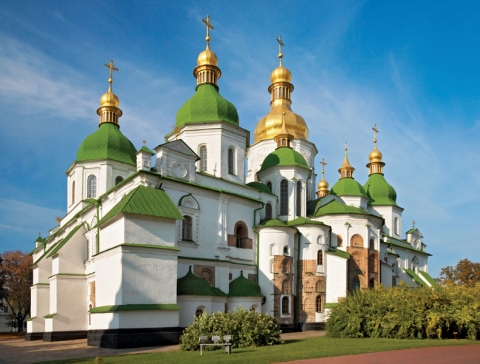