It was discovered by the Portuguese in the 16th century, with an enormous elephant carved in stone with a baby elephant back, which guarded the island. Hence the name of the island. Here you will find a large plateau, a sort of level stone terrace. In the mountains, in your face, a hole as a portal supported on four columns of stone, about 5 meters high. These columns ascend the ground about a man-sized and shaped rectangular base, and from there up top is round, ending with round caps and large Ionic columns. Walk in the center going up some steps and you're in a huge hall lined with columns like those at the entrance, approximately equally spaced. 5m. far and wide, all perfectly aligned, supporting the ceiling. In between these columns unravels the dark back of the room, mythological scenes and huge sculptures.

All mythological scenes are descriptive and suggestive, dedicated to Shiva is a deity in the Hindu religion with supernatural powers, the third in the Hindu hierarchy, as Brahma - the Creator, Vishnu - who preserves and Shiva, the god of creation and destruction. Hall has a length of about 50 m. and is about as wide. Mythological paintings are in relief and each has a width of 5m. height to the ceiling. In total there are 9 pictures arranged symmetrically at the entrance to the grotto. Each painting is different as the subject and the center grotto background is triple the figure of Shiva in front view and profile, as it appears in relief on both sides of the head, except that the left's face is angry, and his face is relaxed right about women. On both sides of the central figure are two paintings. Cave has three entrances and walls of each entry laterari are other paintings in relief depicting scenes from mythology. 27 columns are aligned in rows on the length and width at the same intervals. All this work of art has been carved in the rock basalt rock gear time (IV-IX BC), probably made of bronze.

Write your Review on Elephanta Caves in Mumbai and become the best user of Bestourism.com

Maps of Elephanta Caves in Mumbai 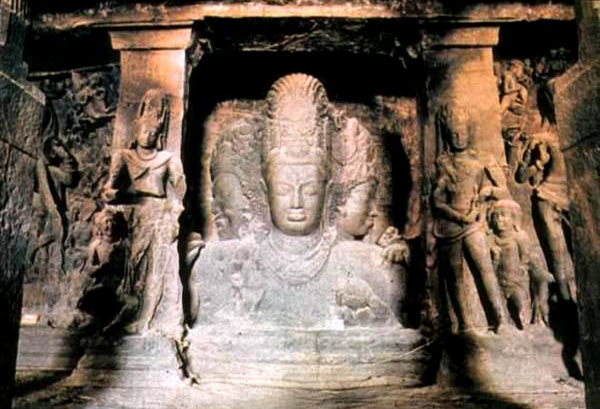 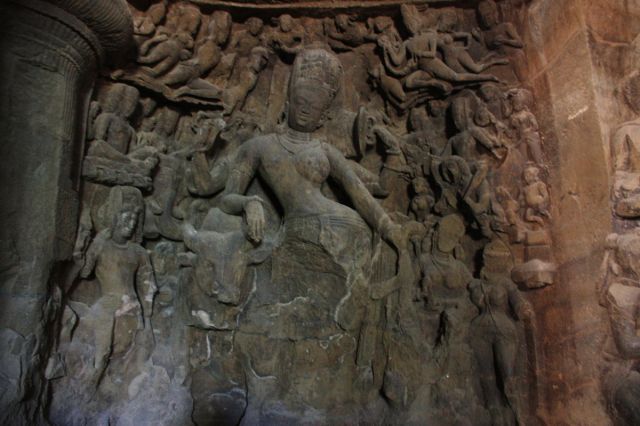 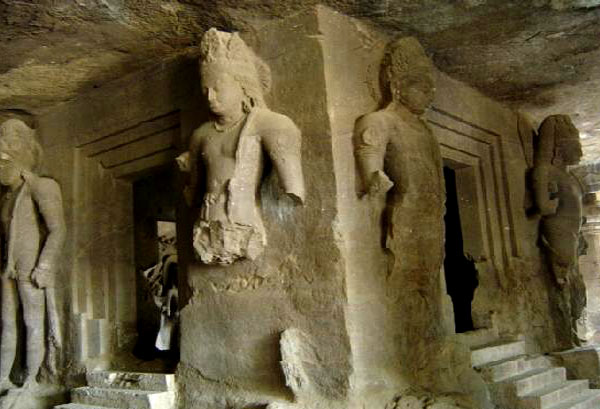