Suborder Tarsioidea, whose species, very few in number, are called Maki-ghosts, consists of a single family, Tarsiidae, with only one genus, Tarsius. These quirks of nature and live in the Malaysian island region is the remains of a group of animals that lived in the early Tertiary. Currently, the tarsier is considered an intermediary between semimaimute mammals and monkeys.

This animal is surprising in appearance: the eyes are round and close over-sized head is placed directly on the shoulders, near the neck, front legs are very short, and those are long behind him, being developed as a jumping legs. Tarsiidele may move into the crowns of trees, making, as well as frogs, jumping nearly a meter long. The ability to make such leaps is facilitated by their strong thighs and extend the tarsus bone.
Tarsier is covered with a brown fur with shades of yellow and gray, soft and woolly. Average weight for a male is 134 grams and 117 grams for a female. No more than 15 inches tall and can fit easily into the palm of a man.
Favorite Feeds on insects, which they hunt at night, thanks to the night adapted eye. Since he can not move his eyes, he turns his head 180 degrees to see. Tarsier not like captivity, and when closed, is hurt or even kill the stress.
You can you see it, although it is very small and hardly noticed, in the Philippines. Its species is endangered and therefore could be seen from the Philippine island of Bohol Reservation.
Sponsored Links

Write your Review on Philippine Tarsier and become the best user of Bestourism.com 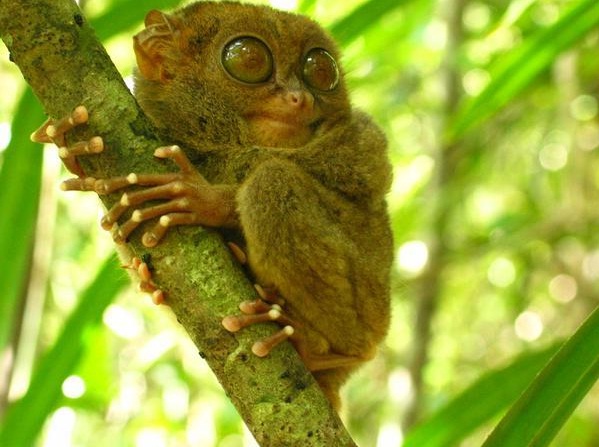 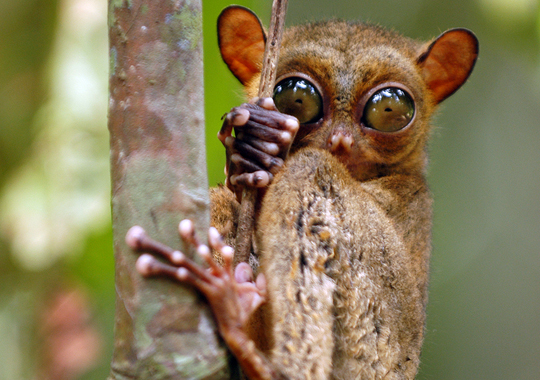 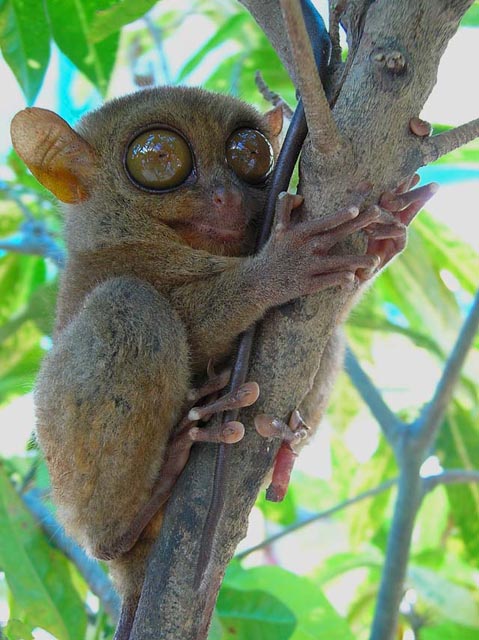 Philippine Tarsier - View of the Tarsier 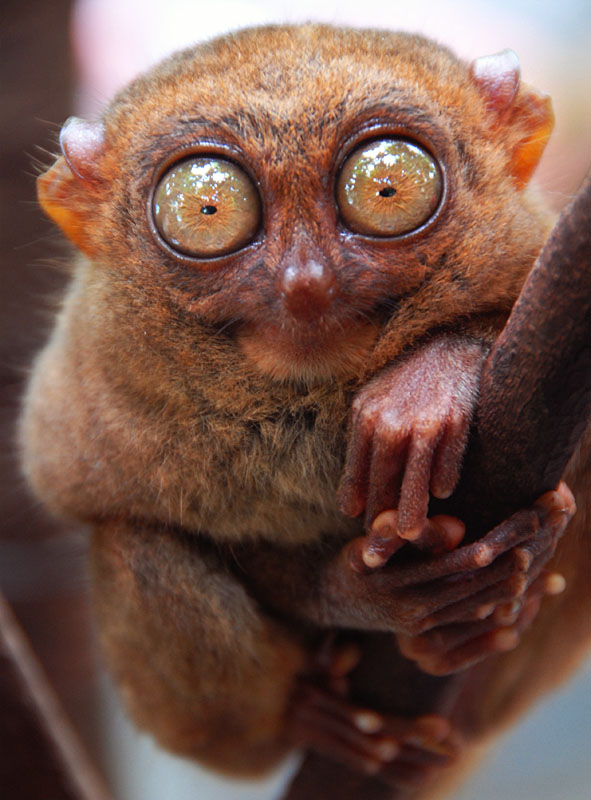