Aye Aye lemur, native of Madagascar, can seem like a character from horror movies, a small alien creature invented rather than real. Imagine an animal the size of a cat with big ears like funnels, sharp teeth and bulging eyes. Add a spiky gray hair, a bushy tail and some thin fingers, one very long and you get very odd image of a mammal. It is, however, is how real, is a nocturnal primate that is part of the family Daubentoniidae, infraordinul Chiromyiformes.

His bizarre appearance is the result of 'adaptation to nocturnal life that goes: big eyes allow them a better sight at night, ears help it locate prey (insects), and sharp claws and incisors develop skill at climbing and gives the fruit sfartecatul . Middle finger is elongated Aye Aye perfect tool that fails to reach the core of coconuts, which it feeds. Also, with this finger bizarre animal worms are under the bark off trees, with which it feeds. He knocks on wood, listening with enormous ears pushed forward, and when it detects a sound, bark scrijeleste prey and shoot outside. Movement is executed very fast, reaching to retrieve three larvae per second.
During mating season males become very aggressive and fight each other for supremacy. It is one of the few situations when males meet females, except for occasional meetings during the search of food. After mating, while males continue to be a female around until shortly after they are born and grow chickens. According to legend, in ancient Aye aye was a symbol of death.
You can see in Madagascar and, closer, but closed the zoo in England, at Bristol Zoo Gardens.
Sponsored Links

Write your Review on Aye-aye and become the best user of Bestourism.com 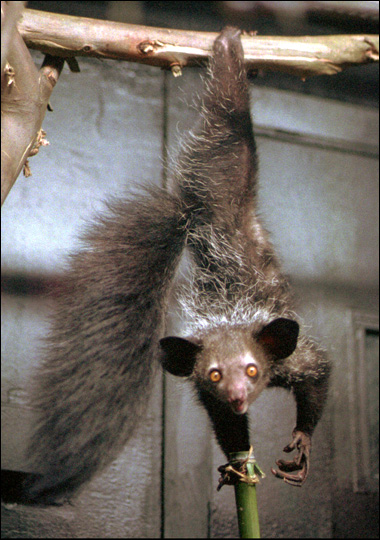 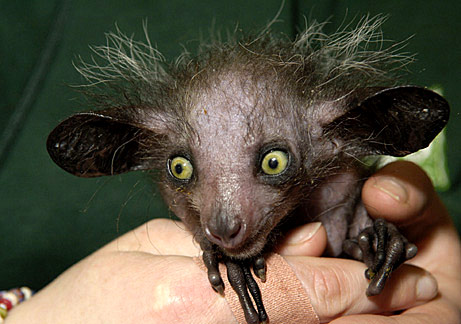 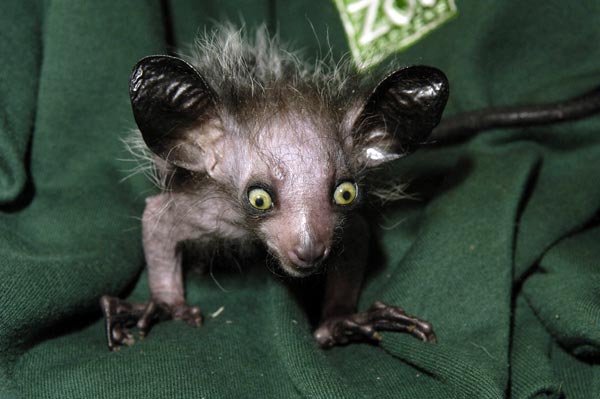 Aye-aye - View of the Aye-aye 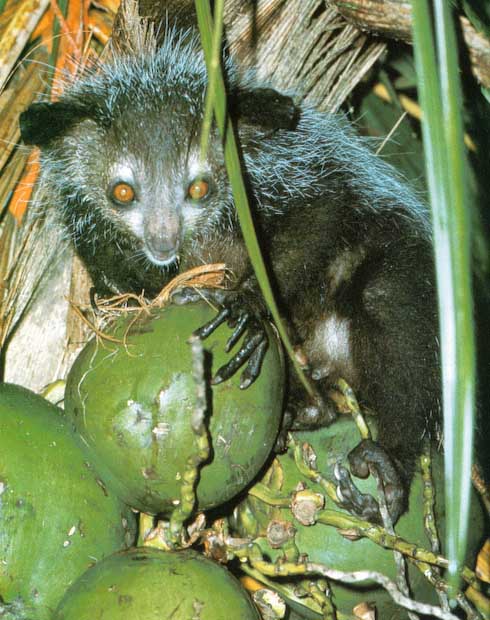