Dragons of the species than leaf type is related Phycodurus eques high horse (both are part of the family Syngnathidae) and represents an excellent camouflage than taking advantage of what cover ornamental fireworks body to be confused with the landscape and escape predators. Looks like high horse, having an elongated snout and bony body. Shows a large dragon colors ranging from brown to yellow to green, the differences between individuals are determined by age, diet or location. Pectoral fins are located on the neck and the back are arranged along the back. As the name suggests, along the body there are a number of endings in the form of leaves, which resemble the fish habitat or marine algae. The eyes are positioned above the long snout and along the flanks shows a series of defensive spines.

Dragons leaf type than can be seen alone or in pairs, moving in slow motion. Like dragons and sea horses that carry the eggs, males are found in developing countries. Mating season begins in October and ends in March, the males develop a special "pocket" for baby (bag ventral), located on the underside of the tail, consisting of a highly vascularized tissue composed of several "cups" each of them hosting an egg. Transfer the females about 120 eggs in the pocket which closes after the transfer, which are fertilized by the male and worn around a month. When the male is ready to "give birth" contorsioneaza contract and until the young cast out of pocket. They have about 20 mm long and are very vulnerable, easy prey constituid. It develops rapidly, reaching adult size after 2 years.
Large leaf type Dragons feed on small organisms such as plankton and marine crustaceans of the order Mysida, absorbing them through their snout-shaped tube. Are endemic in southern Australia and inhabits rocky reefs and structures colonized by algae. Can be found in shallow coastal waters, can reach up to at least 30 m deep.
Seadragon or the nose is weird Phycodurus eques (Emperor) or long and the accessories worn to be confused with vegetation waters where they live. Do not swim up and seahorses but horizontally, using his mouth (nose) in the form of a tube. You can see it in the Indian Ocean, along the coasts of Australia, although it hides very well in the landscape!
Sponsored Links

Write your Review on Leafy Sea Dragon and become the best user of Bestourism.com 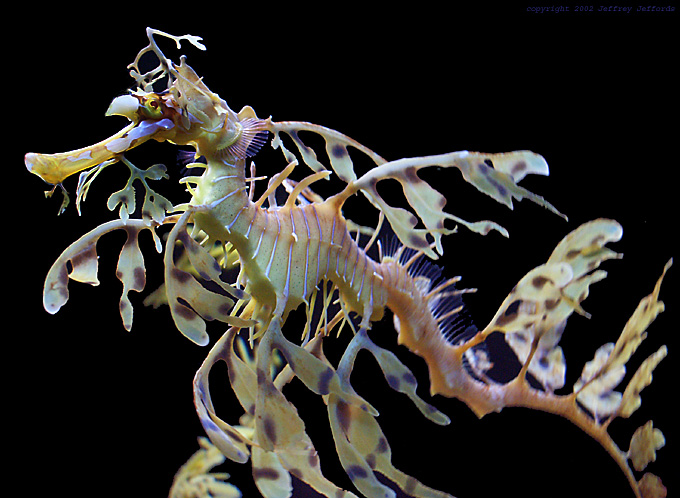 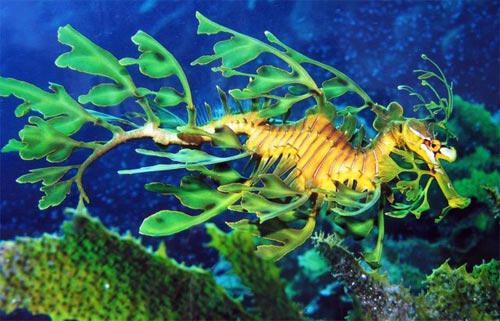 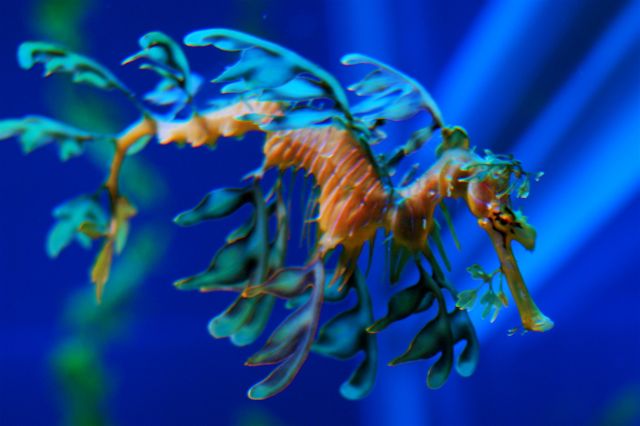 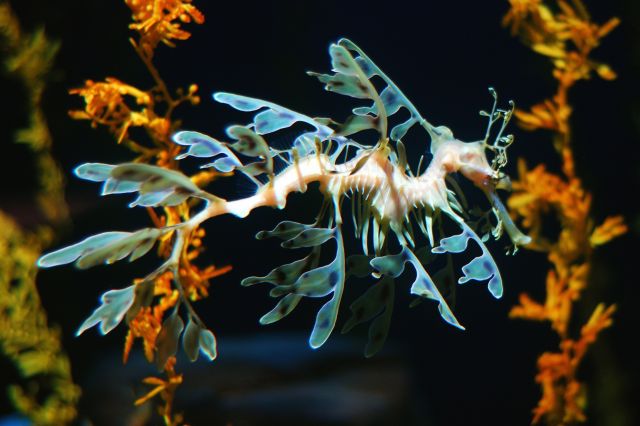 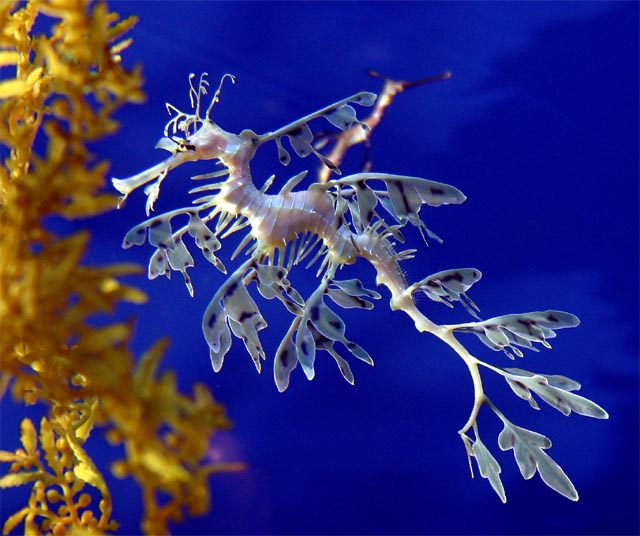 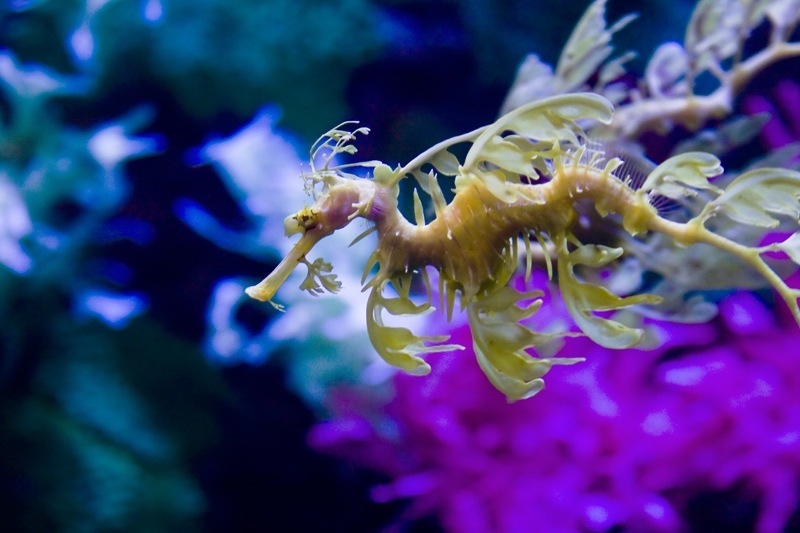 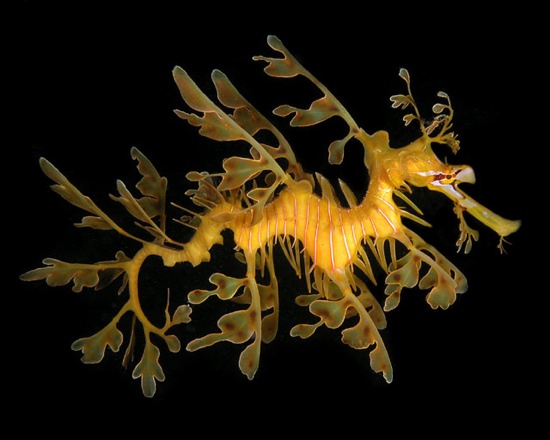