Located in the Italian Alps, Lago di Garda was formed in the ice age and is the largest lake in Italy, with a circumference of 144 kilometers. Bordered in the north by the Dolomites and the gentle slopes of hills south of the moraine, this corner of paradise is characterized by a Mediterranean climate, surrounded by flourishing vegetation, dominated by lemon and olive groves with.

East Coast of the lake, beach Punta San Vigilio, is bathed in sunshine hours in addition to the west. The water is clean and the beach is made up of small rocks. On the west coast, Manerba beach, the sun rises earlier in the afternoon but most of the beach is in shade. This is because the mountains are just behind.
The southern lake enjoys a mild climate and has links with major cities in northern Italy (Milan, Bergamo, Brescia, Verona and Venice). All areas are nice and clean, and very rich offer fun for both Families, as well as for the young: discos, swimming pools, amusement parks, tours in major cities and a large number of shopping centers. The "Pearl" is considered the city of Sirmione, a tiny medieval fortress and chic. It is a province of Brescia (Lombardy), appealing to history and architecture enthusiasts.
Only a few kilometers away is the largest amusement park in Italy, Gardaland. Operates since 1975 and has an area of 54 hectares. By appearing at Disneyland Paris was the Gardaland amusement park in Europe, with over 50 ways to spend your free time.
Sponsored Links

Write your Review on Lake Garda in Italy and become the best user of Bestourism.com

Others The most beautiful lakes in the world .

Maps of Lake Garda in Italy

Others from The most beautiful lakes in the world

most beautiful lakes in the world 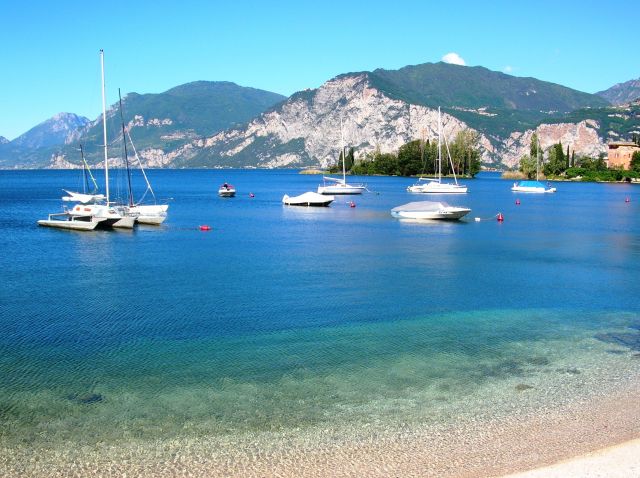 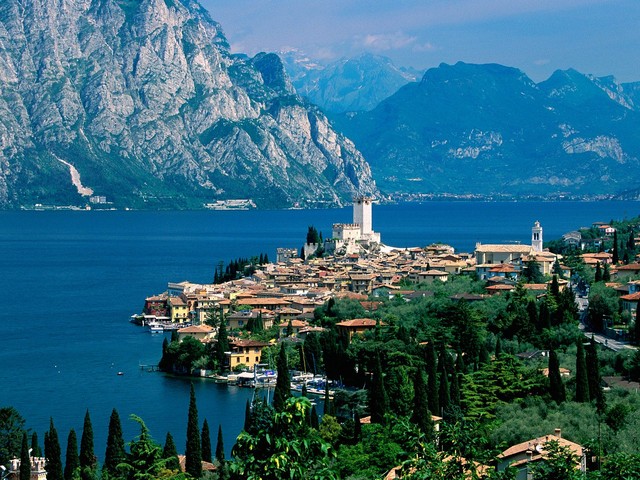