Located in Glamis, Scotland, people come to visit especially for folk museum opened here and three beautiful gardens. Glamis Castle is known as one of the most haunted castles in Britain. Castle is the historical place of Bowes-Lyon family, and was originally used as house hunting. In 1372, Robert II of Scotland gave the castle to Sir John Lyon. Four years later, Sir John married the king's daughter, Joanna, and was appointed Chamberlain of Scotland. Their grandson became Lord Glamis in 1445, the title of Earl of Strathmore "was created in 1606, and the title of Earl of Strathmore and Kinghorn, in 1677, and the family name became Bowes-Lyon in 1767. L-shaped castle was remodeled in the seventeenth century. It includes a lobby with a ceiling dated 1621, a family chapel built in 1688, a billiard room in the eighteenth century, where they are and what's left of the rich library, a lounge-century nineteenth century, where the family portraits, and royal apartments used by the Queen Mother and King George VI. Castle is famous as the childhood home of Queen Mother, born at Glamis, where he was born and his daughter, Princess Margaret, in 1930.

Chapel family is haunted by a Grey Lady, who is said to be the spirit of Lady Janet Douglas, burned at the stake as witches, in Castle Hill, Edinburgh, in 1537, is accused of being planned to poison the king . It is possible that the charges have been staged for political reasons. A number of witnesses have seen fairly recent occurrence in the chapel. They say that sometimes appears above the clock tower. They say a woman's ghost haunts the land without language, and sometimes looks out from behind a window or running the castle park. A young black ghost of a servant who was treated cruelly, 200 years ago, haunts a stone bench, near the Queen's bedroom door.
One of the most infamous ghosts is that of Earl Beard, also known as Alexander, Earl Crawford. It says it was a cruel and wicked man, probably because of his attitude against King James II.
They say his spirit wanders through the castle, and she is meant to participate in gambling, for eternity, the devil, in a secret room of the castle and people say they have heard people swearing there, and the sound of dice. Often in literature is confused by the second Earl of Glamis.
Legend says that this castle is haunted because of an old curse brought upon the family of Sir John Lyon, who moved an old bowl or place in Forteviot, where he had to remain forever. Also, the castle is found in the play "Macbeth" by Shakespeare, and the murder of King Malcolm II was said to have taken place in one room. It is unlikely, because the castle dates from the fourteenth century, and the murder was done in the eleventh century.
Perhaps the most famous folk legend is a secret room somewhere inside the castle, a room that holds a terrible secret. At one time, each is said to have hung a towel on every window of the castle, but outside, you can see a window without the towel, suggesting the presence of hidden cameras.
Secret room at home has a number of stories, the most popular is that it would imprison a monster. In 1821, it says that the first son of the 11th Earl was born with several birth defects. To hide this fact, said the child died, but he was locked in a secret room in the castle. Malformed boy survived, and after a while, was born a second son, who was told his brother that he is grown. In some stories, the boy grows and becomes strong, and live over 100 years. Secret hidden camera had to be passed to each heir, the celebration of 21 years. It tells of a worker who made a hole in a wall, accidentally, while working on modifications to the castle, and found a passage to the secret room. He was given a large sum of money to keep quiet and leave the country. In another legend, says that in the room are the bodies of men who were enemies of the family and who died of hunger.
As mentioned above, one of the most notorious figures in the history of the castle was Earl Beard, Lord Crawford, a cruel man. The most commonly heard story is that he lost his soul in a card game with the devil.
Sponsored Links

Write your Review on Glamis Castle in Scotland, UK and become the best user of Bestourism.com 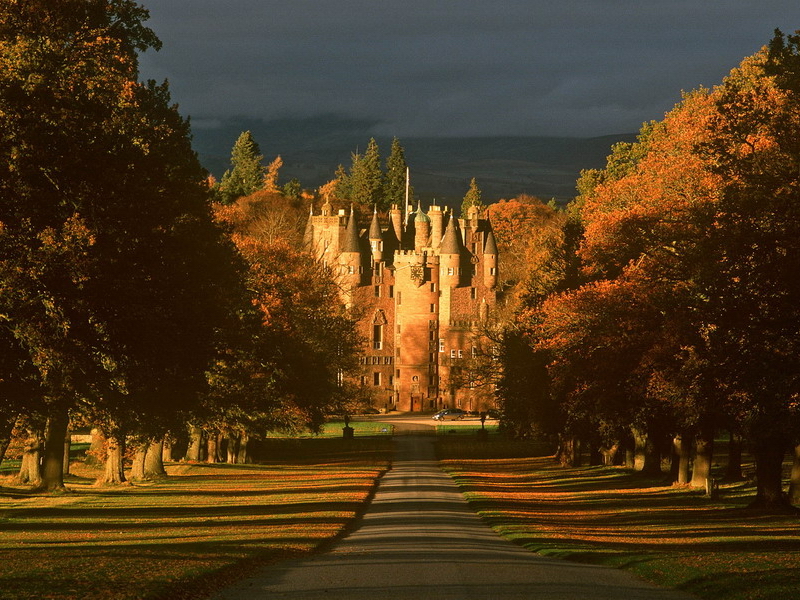 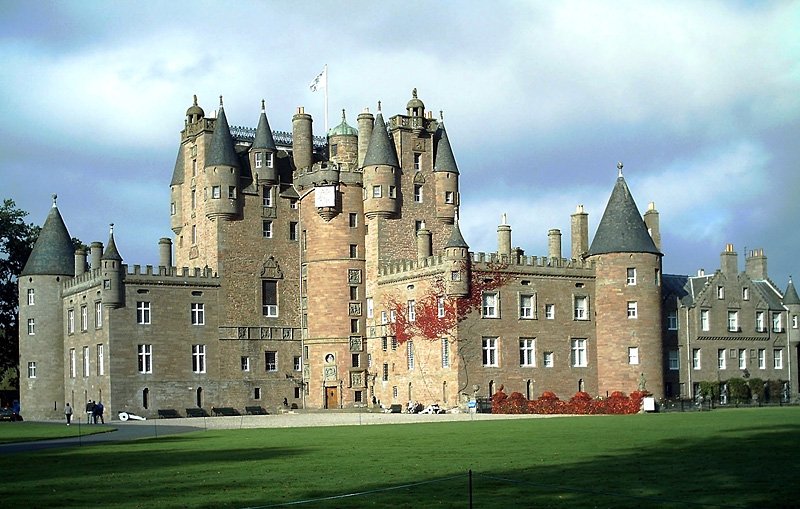 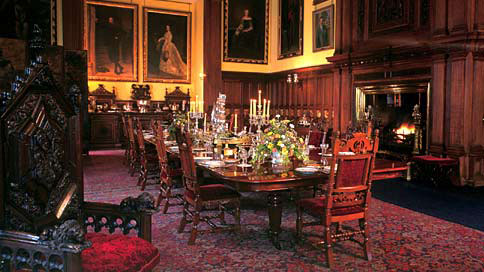 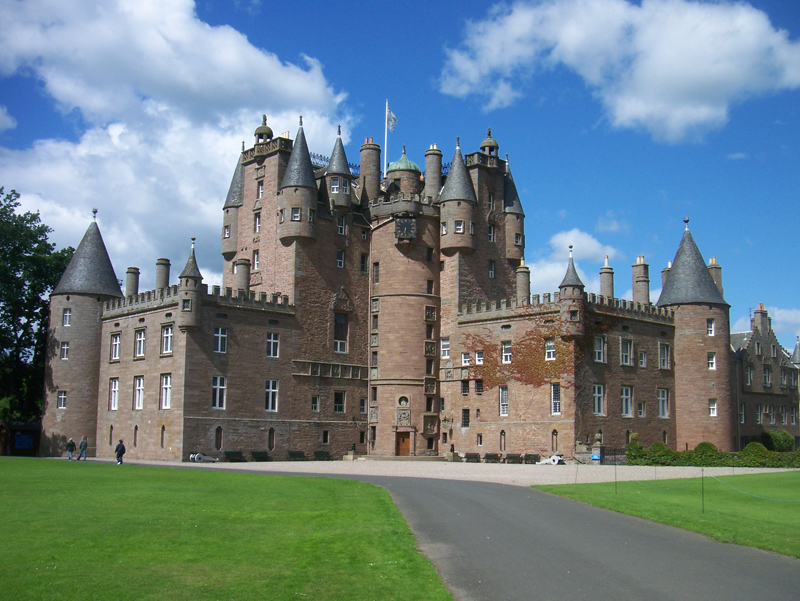 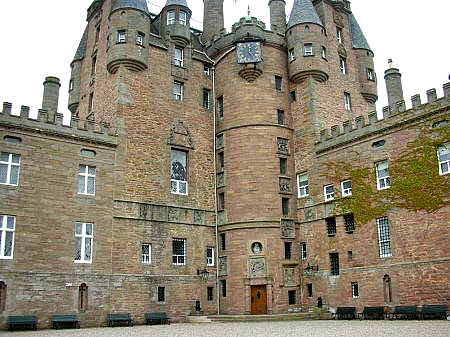 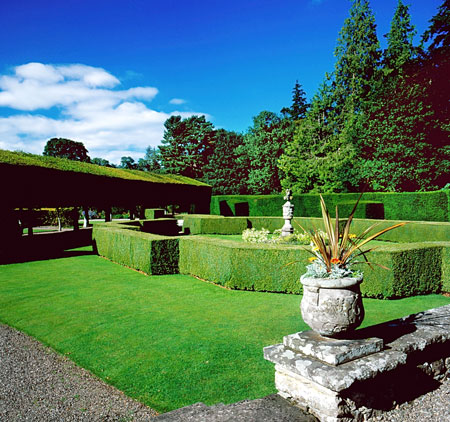 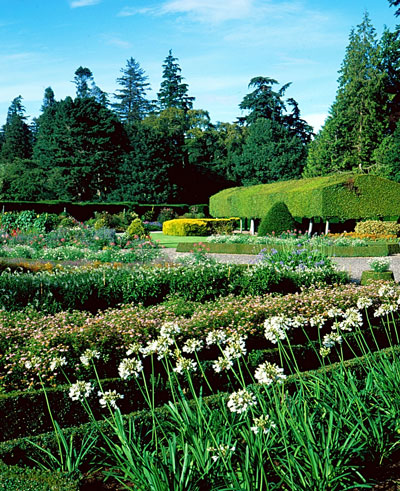