Potsdamer Platz was completely destroyed during the war but before that was the busiest intersection in Europe. In 1998, the new Potsdamer Platz, full of modern building was officially inaugurated. In the 1920s and 30 Potsdamerplatz was one of the busiest and most lively markets in Europe. Was a major center for public transport and entertainment area. In the area were finding very many bars, cafes and cinemas.

Potsdamerplatz tumultuous life of in1943 was very abruptly cut short when he became a ruin after Allied bombing. After the war, the market sector located between American, British and Russian became the realm of anyone. Any ruined what was left standing was destroyed with the construction of the Berlin Wall in 1961.
After the fall of the Berlin Wall was decided to rebuild the entire area with an area of 480,000 square meters. Construction began in 1994 and for many years Potsdamer Platz was the largest site in Europe. Market with several streets around it were reconditioned under the supervision of architects Wilmer and Sattler. The project included construction of several towers, a shopping arcade, a recreation center and residential buildings.
The first building was completed Debis Tower, designed by Renzo Piano. Another building that catches the eye of tourists is the Sony Center complex designed by Helmut Jahn and who also has an Imax theater and an office tower. Besides brown brick building is located, Kohlhol, which has an observation platform at a height of 93 meters.
New subway station, shopping arcade and recreation center have brought new life to Potsdamer Platz. It is still more than an attraction tursitica truly market but with more and more residential buildings built in the market area is the status that it had before being destroyed - a life full of the markets in Germany.
Sponsored Links

Write your Review on Potsdamer Platz and become the best user of Bestourism.com 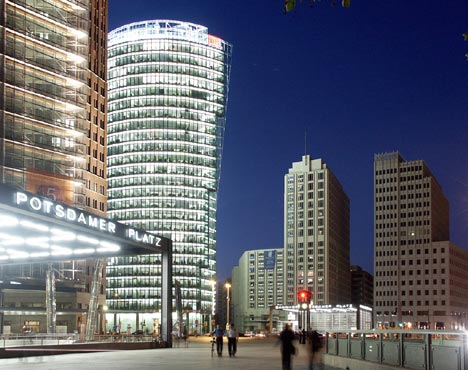 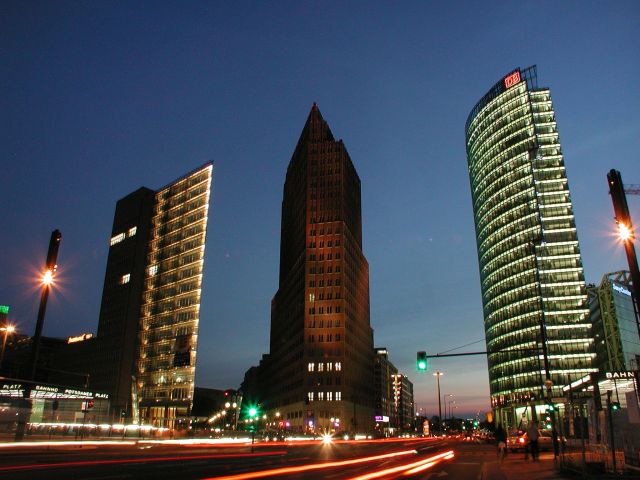 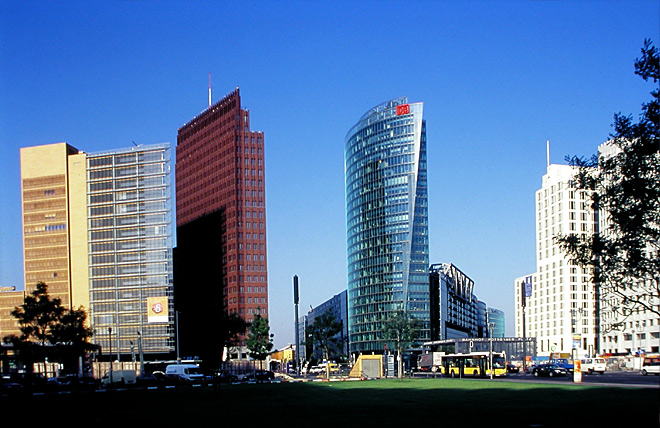