One of the largest zoos in the world, Zoologischer Garten Berlin, which is the well-ordered city visitors since its opening now more than 150 years. Open for the first time in 1844, the Berlin Zoo was built as a gift from King Friedrich Wilhelm IV to Berlin. King gave his menagerie of animals to fill the cages and opened habitalele garden designed by Peter Lenne.

The idea of opening a zoo belonged to Alexander von Humboldt and explorer and zoologist Heinrich Lichtenstein. This garden occupies the south-west of the Tiergarten park, a large public park in downtown Berlin.
Zoo population has increased at a rapid pace and reached the thousands of animals in the first half of 1900, the garden becoming a favorite attraction among those who visited the city of Berlin, but after the devastation of war have left but not about 100 animals.
Nowadays, once in the elephant or lion's gate, visitors will see over 15,000 animals of 1,400 species. Cages are rare and most animals move freely in some perfectly recreated natural habitats for them. The most important attraction is the zoo pandas, who enjoy a great media exposure and when a new item comes into the world. Bird House is one of the most modern in Europe, hosting more than 500 bird species, many of them are very rare. Polar bears have also been very popular when Knut, a polar bear cub rejected by its mother, was fed by one of zoo keepers.
Other species present at the zoo include wolves, gorillas, elephants, seals, zebras, rhinoceroses, lions, orangutans, girefe and Okapi, one of the last mammals discovered by the scientific world. This species lives in dense tropical forests of Zaire and an animal is very shy and skittish, so we know very little about life in the wild. It is one of the rarest species to be found in captivity.
Near Berlin Zoo is located and an aquarium. Tourists can buy tickets combined zoo and aquarium. Aquarium not found only in fish but also insects, amphibians and reptiles. The little ones will love zoo for children, where animals and where they can comfort and a playground where they can run together with other children.
Berlin Zoo has two entrances. One is located at Hardenbergerplatz and is known as the Lion's Gate is flanked by two smaller buildings with statues of MDL. The other entrance is on Budapester Strasse and is flanked by statues of elephants, so the gate is known as the elephant.
Sponsored Links

Write your Review on Berlin Zoological Garden and become the best user of Bestourism.com 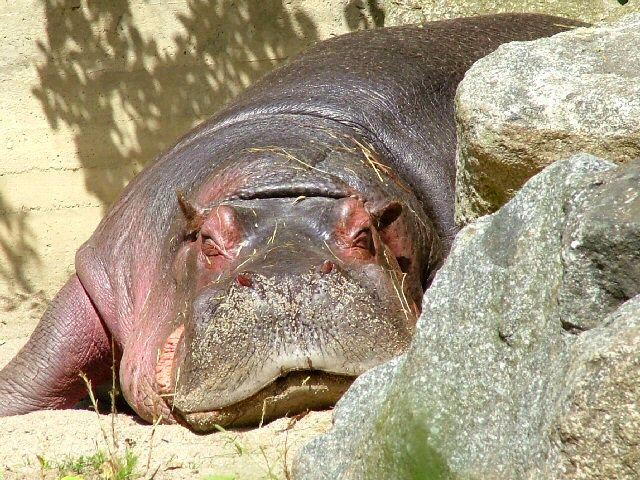 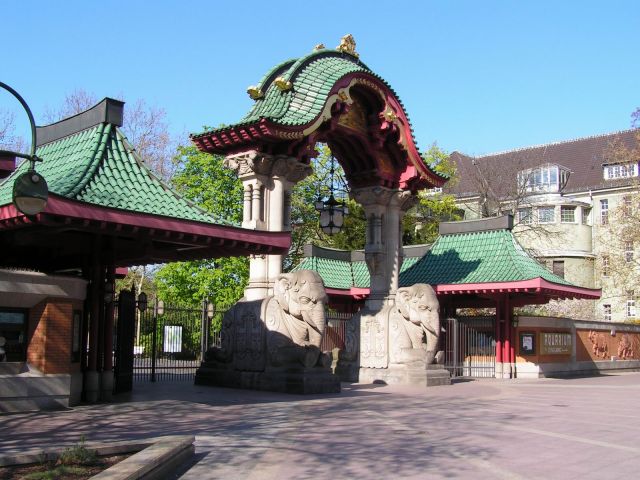