Scloss Charlottenburg is a baroque palace dating from the early 18th century and is located in the Charlottenburg district of western town. The building burnt down during the Second World War but was completely rebuilt. Charlottenburg is the largest palace in Berlin. The core was originally built between 1695 and 1699 as a summer residence for Sophie Charlotte, wife of Elector of Brandenburg, Frederick III.

The palace designed by Johann Arnold Nering was expanded shortly after Frederick became the first King of Prussia in 1701 under the name Frederick I. Swedish master Johann Friedrich von Gotha Eosander supraveghiat extension work which included adding a high of 48 domes meters and building a orangerii. A statue of the Goddess Fortuna was placed on top of the dome. In 1740 Frederick the Great - King Frederick III - financed the expansion of east wing to compensate for the west wing was longer. It was completed six years later after a draft Wenzeslaus Georg von Knobelsdorff. 1843 Palace was hit during an allied bombing of a fire and destroyed competition. After the war, the palace was very meticulously rebuilt to meet the original specifications.
The interior was also rebuilt as beautiful as it was before. Royal Hotel are open to visitors. Among the most beautiful rooms include Oak Gallery, a room decorated with oak beams and oil paintings. Porcelain Gallery is decorated with mirrors and exposes a number of Chinese porcelains. Other interesting rooms White Hall, Gallery Gold Gallery and romantic rococo style, which is exhibited a collection of paintings dating from the German Romantic period. Of note is the Schlosskapelle, the palace chapel which was also completely rebuilt.
Park behind the Charlottenburg Palace was originally designed in French Baroque style. In the 18th and 19th century the park was transformed into a less formal garden. With postwar reconstruction of a small fleet was again arranged in French style. In this park there are some beautiful buildings such as the mausoleum, a Doric temple built in 1810 as a burial place for royal family. Among other members of the royal family, here there is the sarcophagus of Frederick William II. Another building is the Belvedere garden, funded by Friedrich Wilhelm II and built between 1788 and 1790. Near the palace was built by renowned architect flag Schinkel Karl Friedrich Schinkel for King Friedrich Wilhelm III. In front of the pavilion there are two columns on top of which there are statues symbolizing victory.
On entering the palace there is a cotes Equestrian Grand Elector. It was made in 1698 by Andreas Schluter and funded by King Frederick I, Elector son. At the base of the statue are four fighters intalntuiti. The statue was originally located on Museum Island, but fell to the bottom of the lake Tegeler was recovered only after a restoration in 1952 and was moved to Charlottenburg Palace.
Sponsored Links

Write your Review on Charlottenburg Palace and become the best user of Bestourism.com 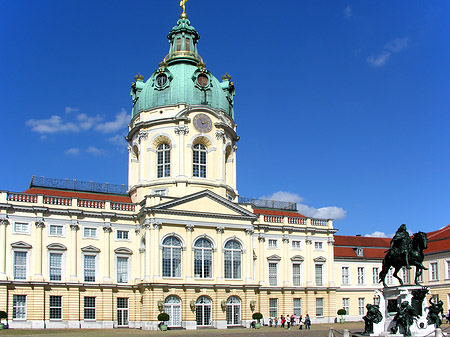 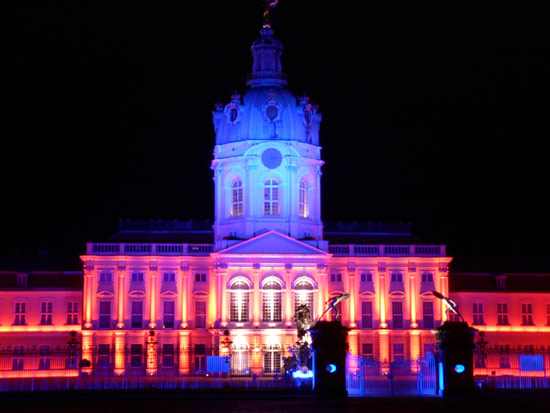 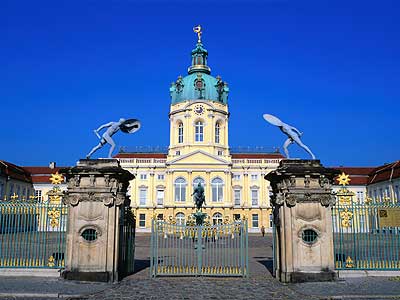