Berliner Dom is a baroque cathedral built between 1894 and 1905. It is located on an island on the river Spree, known as Museum Island. Current building is the third church built in this location.

The first church was built here in 1465. This somewhat modest building later served as the church yard of the Hohenzollern family. The church was replaced by a cathedral was built between 1745 and 1747 in Baroque style after a project of Johann Boumann. Later it was remodeled into a building in classical style, between 1816 and 1822 after a project architect Karl Friedrich Schinkel Berlin.
By order of Emperor Wilhelm II in 1894 the building was demolished and replaced by the cathedral, is found here today. Much larger than its predecessor, the cathedral was meant as a response to Roman Catholic cathedral, St. Peter's Basilica. Berlin Cathedral was built in Renaissance style and designed by Julius Raschdorff. The church has a very ornamental Protestant cathedral. Construction of the cathedral of 114m length and 73 width took place between 1894 and 1905.
During the Second World War the building was hit by a napalm bomb which resulted in serious damage to the Cathedral. A temporary roof was installed to protect what's left inside the church in East Germany despite government plans to demolish the building was begun in 1975 reconstruction.
Interior restoration started in 1984 and in 1993 the church was reopened. It was consecrated in 1996 and again during the renovation, the original design was modified into a form of simplicity. Hohenzollern mausoleum which is located near the building was also removed during these works.
One of the attractions inside the church is built by Wilhelm Sauer organ. This was done in 1905 and has over 7,000 pipes. Several members of the Hohenzollern family are buried in the church, among them being Frederick I and his wife are buried in a sarcophagus, beautifully carved. The oldest tomb in the cathedral is that of Johann Cicero, Elector of Brandenburg (1530). The main altar that was saved dates from 1850. The stained glass was originally created by Anton von Werner and were subsequently restored.
Sponsored Links

Write your Review on Berliner Dom and become the best user of Bestourism.com 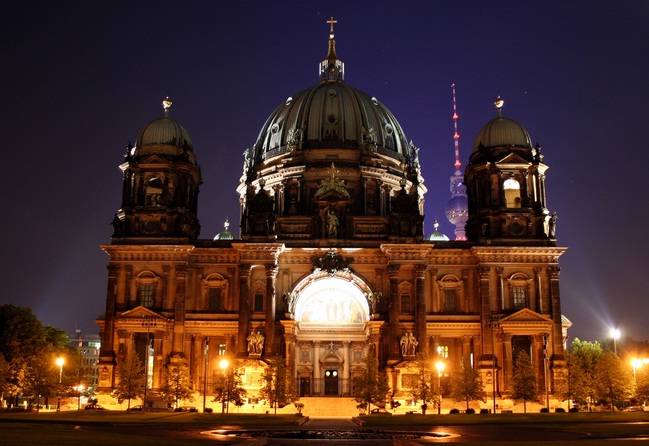 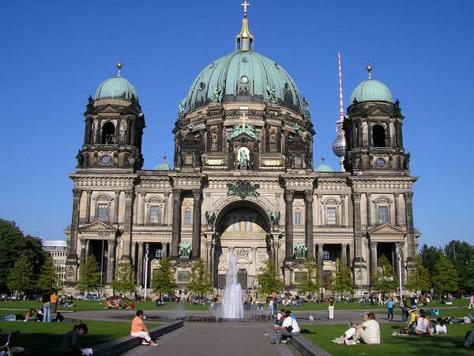 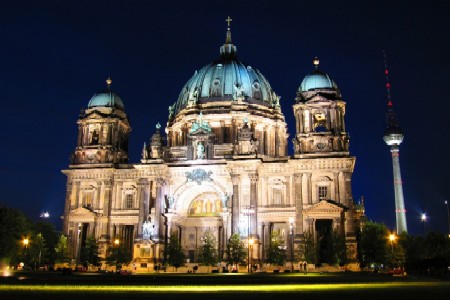 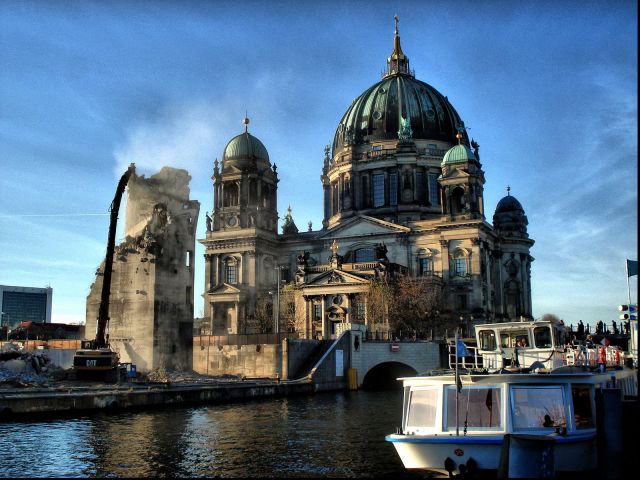