Kaiser-Wilhelm Memorial Church is one of the most remarkable sights in Berlin. Damaged tower is a symbol of strength Berlin recover after war and a constant reminder of the devastation caused by this war. Breitscheidplatz Church is located in the center of West Berlin. Still the commercial center of Berlin Street and Europe Ku'Damm shopping center nearby.

Built between 1891 and 1895 by Kaiser Wilhelm II, the church was a symbol of Prussian unity and a sign of respect for his grandfather Kaiser Wilhelm I. The neo-Romanesque structure was designed by German architect Franz Schwechten. The building was decorated excessive compared with other Protestant churches. He was decorated with a large mosaic that depicts the history of Prussia.
On the night of November 18, 1943 the church burned to the ground after being hit by a bomb allies and only one tower that was damaged and he was left standing. A strong opposition Berliners structure saved from demolition in the 1950s, and when he became known as "rotten tooth". In 1961 a new octagon church, designed by Egon Eiermann was built next to the existing tower. The new church is a reinforced steel structure with a facade of blue glass. A bell-shaped freestanding hexagonal site was built on the former church nave. A third smaller building with a rectangular shape is also part of the new complex.
The damaged tower that remained standing after the bombings there is a memorial hall. There are exhibits on church history testify and other objects of the church but also photos before and after bombardment. Some of the mosaics and frescoes that survived the bombing are also exhibited here.
Sponsored Links

Write your Review on Kaiser Wilhelm Church and become the best user of Bestourism.com 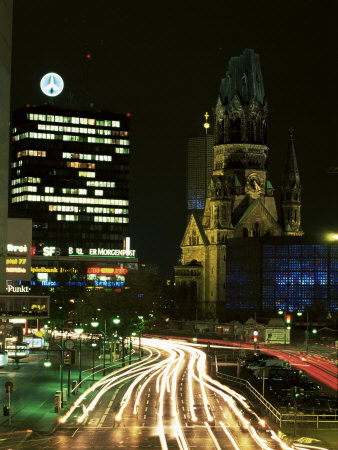 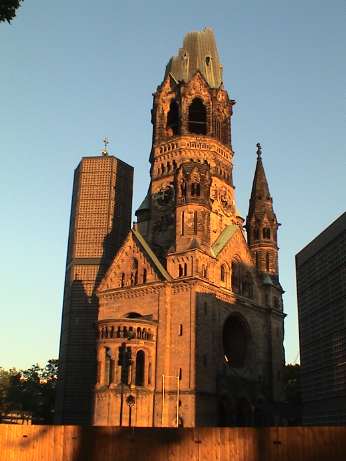 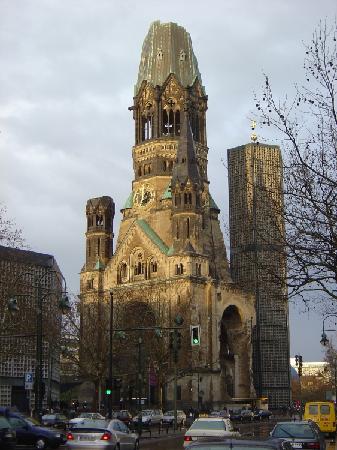 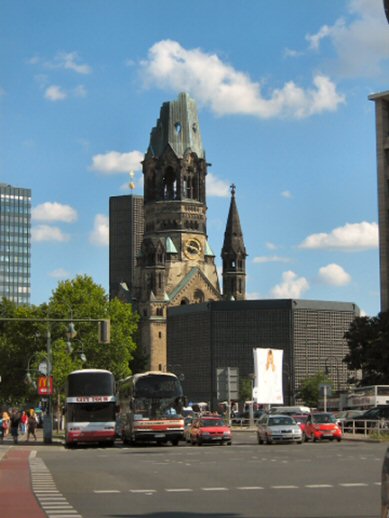