Checkpoint Charlie (checkpoint C), one of the last symbols of the Cold War, is the place that best summarize the separation between east and west. For nearly 30 years, this crossing point was not only Germany but also a divided island in a sea of political turmoil.

The Berlin Wall was erected in 1961 by East German government. Shortly after the lifting of the wall, President John F. Kennedy ordered U.S. forces to build three checkpoints in different parts of the wall through which the diplomatic corps and allied forces could enter West Berlin. Among all these checkpoints Checkpoint Charlie became best known.
Checkpoint Charlie takes its name from the alphabet code used by the U.S. Army. Other checkpoints were Alpha and Bravo (a and b). In 1962, this checkpoint has become the only place where foreigners visited the West Berlin could go east and back again. Control point C is located in the heart of Berlin's Friedrichstadt district and was the scene of many spy movies and books describing the Cold War era.
In earlier years, Checkpoint Charlie was the site of several incidents between East and West, between Americans and Soviets. The time is well in 1961 when U.S. and Soviet tanks were face to face at this checkpoint. Both Kennedy and his Russian counterpart Nikita Khrushchev visited the checkpoint shortly after he was raised.
Checkpoint Charlie was removed in June 1990, when German reunification was almost complete. Removing the checkpoint was not very difficult because Americans have never built a permanent structure in this place. Today, a line of bricks follows former Berlin Wall and the tourists can see a replica of the cabin control point and the sign that was present near Checkpoint Charlie. The original cabin is the Allied Museum in Zehlendorf. Observation tower that is part of the checkpoint was also removed in 2000 to make way for shops and offices, although currently no commercial buildings on the site is not alpha.
Tourists can visit the Haus am Checkpoint Chaarlie, situated just few meters away from the place where he was the former barracks. Built shortly after the wall was built, the museum was expanded in 1990 and aims to convey a message of freedom for every man.
Sponsored Links

Write your Review on Checkpoint Charlie and become the best user of Bestourism.com 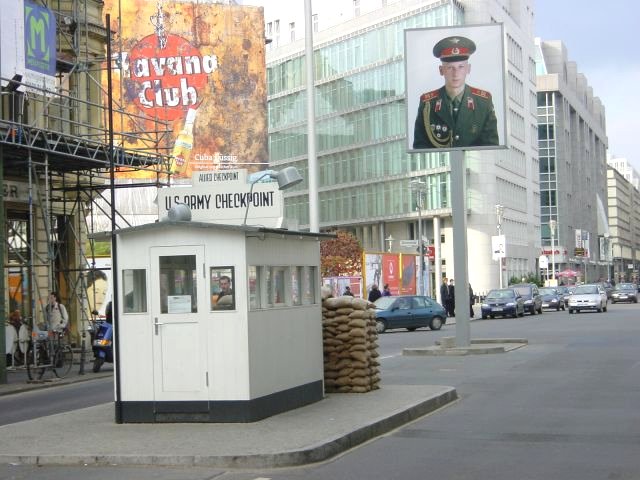 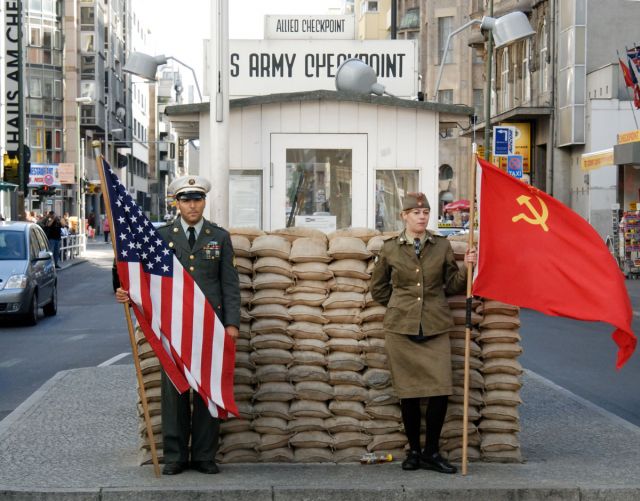