Museum Island in Berlin has received from UNESCO World Heritage membership. This island museum was designed to be "a sanctuary of art and science". The five museums are included in the Museum Island are located between Kupfergraben and river Spree. This extraordinary group of museums was begun by King Friedrich Wilhelm III who made possible the Royal Museum building in 1830 - today Altes Museum (Old Museum). The museum was built to allow the public and can see the royal art treasures of Germany. However though, the island was not conceived until around 1840, when Fredrich August Stuler made the proposal to create a cultural center on the island, praised the idea and applauded by everyone. In 1859, the New Museum has been done for later in 1876, will be completed and Old National Gallery.

Kaiser Friedrich Museum (today the Bode Museum) was added in 1904 and last museum, the Pergamon Museum was also completed in 1930. Unfortunately, almost 70% of buildings were destroyed during the Second World War and after the war the collections were divided between East Berlin and the West.
In the late 20th century a network reconstruction and modernization program was initiated and was meant to restore the five museums. Old National Gallery (Other Nationalgalerie) was reopened in 2001 with great pomp. Here is one of the largest collections of sculptures and paintings of the 19th century in Germany. Tourists will find numerous works by German artists of that century but some works by French impressionists.
Restored and reopened in 1966, Old Museum (Altes Museum) hosting Greek and Roman artifacts was originally designed to display artistic treasures of the Royal Family. Built by the city's greatest architect, Karl Friedrich Schinkel, the building resembles a Greek Corinthian temple. The museum was closed in November 2009 for renovations.
Bode Museum has reopened in 2006 after nearly 10 years of renovations. This museum exhibits a large collection of sculptures, one of the largest numismatic collections in the world and a selection of paintings from Gemaldegalerie. New Museum (Neues Museum) was opened in 2009 and hosts a collection of Greek and Egyptian art. This museum has a connection with Altes Museum. The most famous exhibit of the museum is the bust of Queen Nefertiti. The Pergamon museum can admire a collection of Greek and Babylonian antiquities, among which the Ishtar Gate from Babylon, but also huge Pergamon Altar. On the island there are other important buildings. One is the Cathedral, Berlin's Protestant cathedral, built in the late 18th century as a replica of the Basilica of San Pietro in Rome.
Right near Berlin Cathedral Stadtschloss there was a huge palace of the 19th century. In 1950, the building that was considered a symbol of Prussian militarism was demolished by East Germany in 1976 was replaced by Palast der Republik, which in 2006 was also demolished. In 2007, a project to rebuild the old palace (Stadtschloss) was approved by Parliament.
Near the former palace is Marstall, royal stables. Large baroque building is just a complex wing was built in 1669 by Dutch architect Michael Matthias Smids. The building is now used as a library and archive.
Sponsored Links

Write your Review on Museum Island and become the best user of Bestourism.com 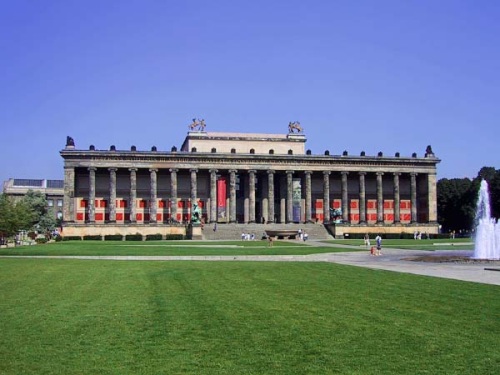 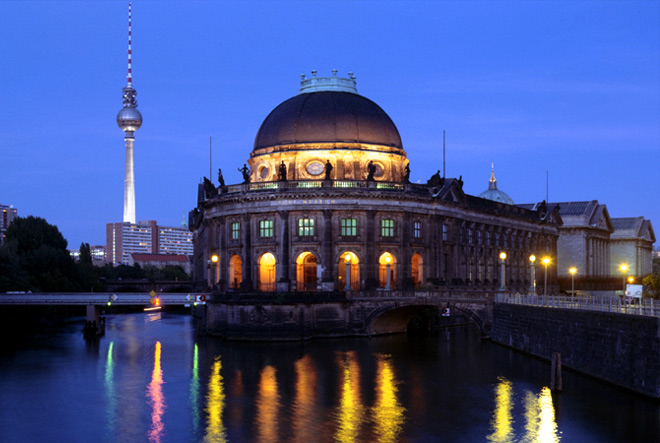