Hoover Dam is on the road 93 to 16 km east of Boulder City, Nevada and 50 miles southeast of Las Vegas. From the reception center visitors tourists start guided. Also, trips are made and Las Vegas, which has its own international airport.

The great river, over which was the barrier, Colorado, has a total length of 2333 km, during or watering one fifteenth of the United States of America. From its sources in the Rocky Mountains, Colorado River flows from south-west direction through the states of Colorado and Utah and the Grand Canyon to delineate the border between Arizona and Nevada, and between Arizona and California before entering the territory of Mexico and the finally flows to the sea in the Gulf of California. Colorado, one of the most capricious river, causing floods ever. In 1905 and changed its course suddenly giving birth Salton sea 750 square miles and threatening to flood the entire Imperial valleys of California.
To control the flow and to develop irrigation system, while generating electricity and it was decided to build a huge dam on the river along the Arizona-Nevada border. Congress endorses his own money in 1928 and actual construction starts in 1931. The dam was named after Herbert Hoover, president of the time, who was seriously involved in this project. Is completed in 1936, but the inauguration President Roosevelt called Boulder Dam, a name he remained until 1947, when Congress reversed its original name.
The dam is 201 meters thick at the base and measuring a height of 221 meters, or other terms of scratching compared to a cloud height of 70 storeys. The top has a length of 379 meters and a width of 14 meters. To the north dam forms Lake Mead, one of the largest reservoirs of man-made. It measures a length of 185 kilometers with a coastline of 900 km. Almost 4000 of the labor of Hoover Dam were residents of Boulder City.
Sponsored Links

Write your Review on Hoover Dam in USA and become the best user of Bestourism.com

Maps of Hoover Dam in USA 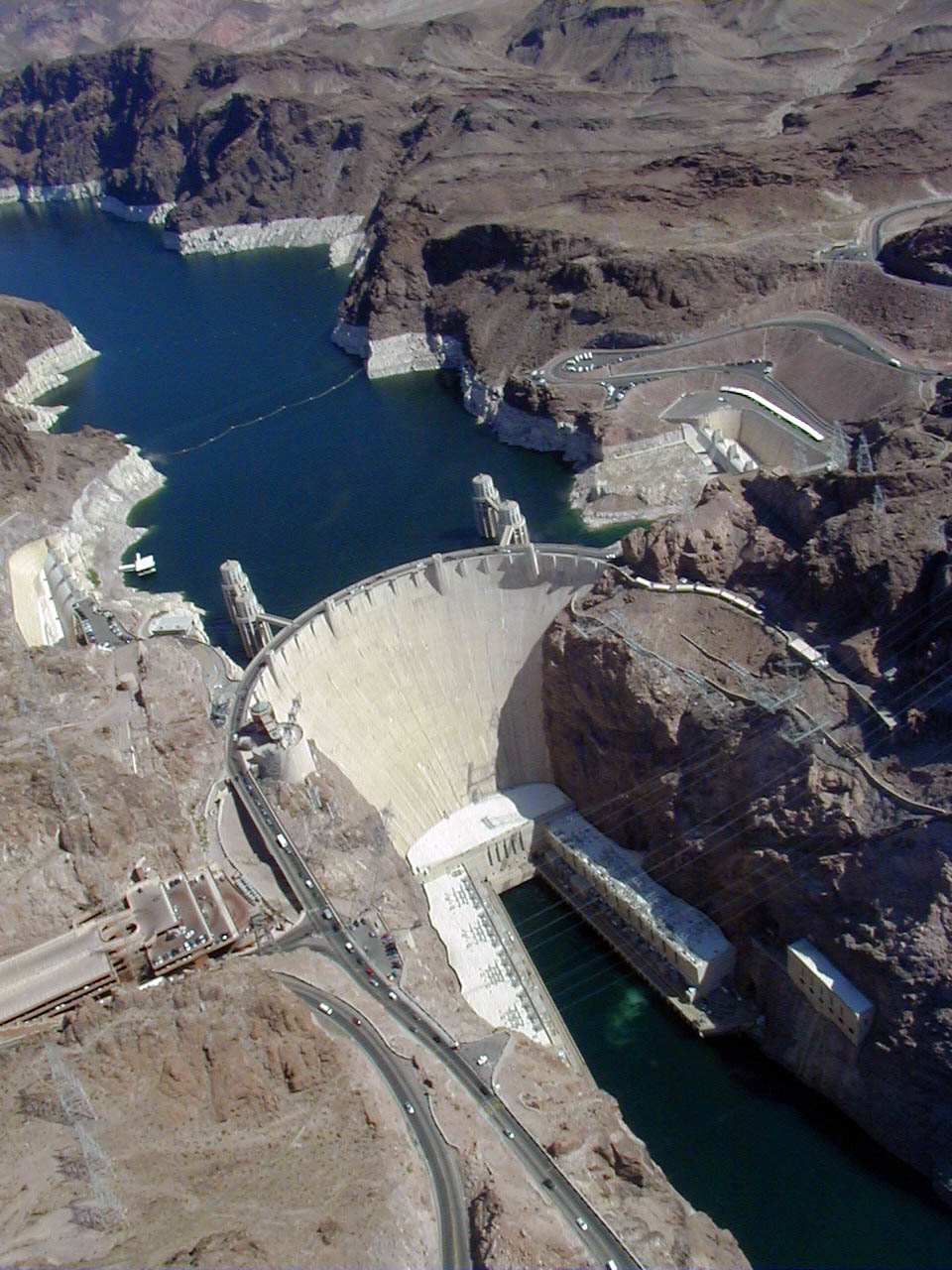 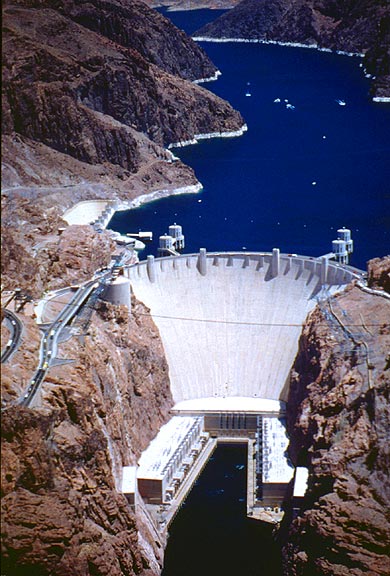 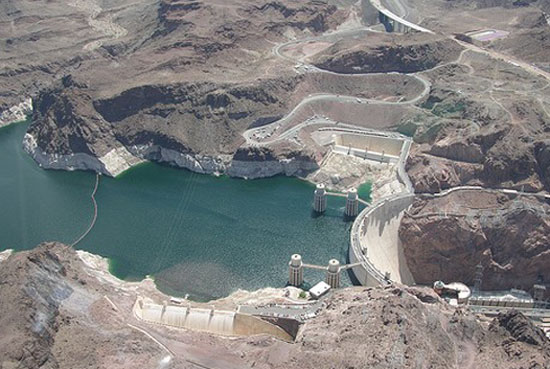 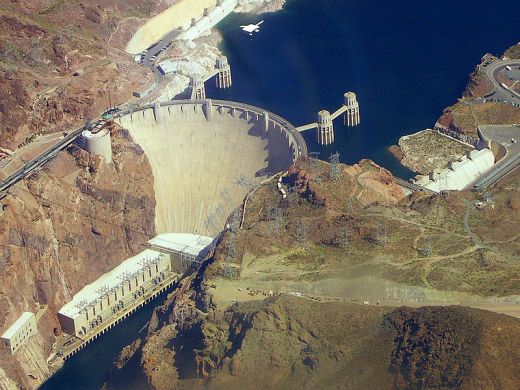